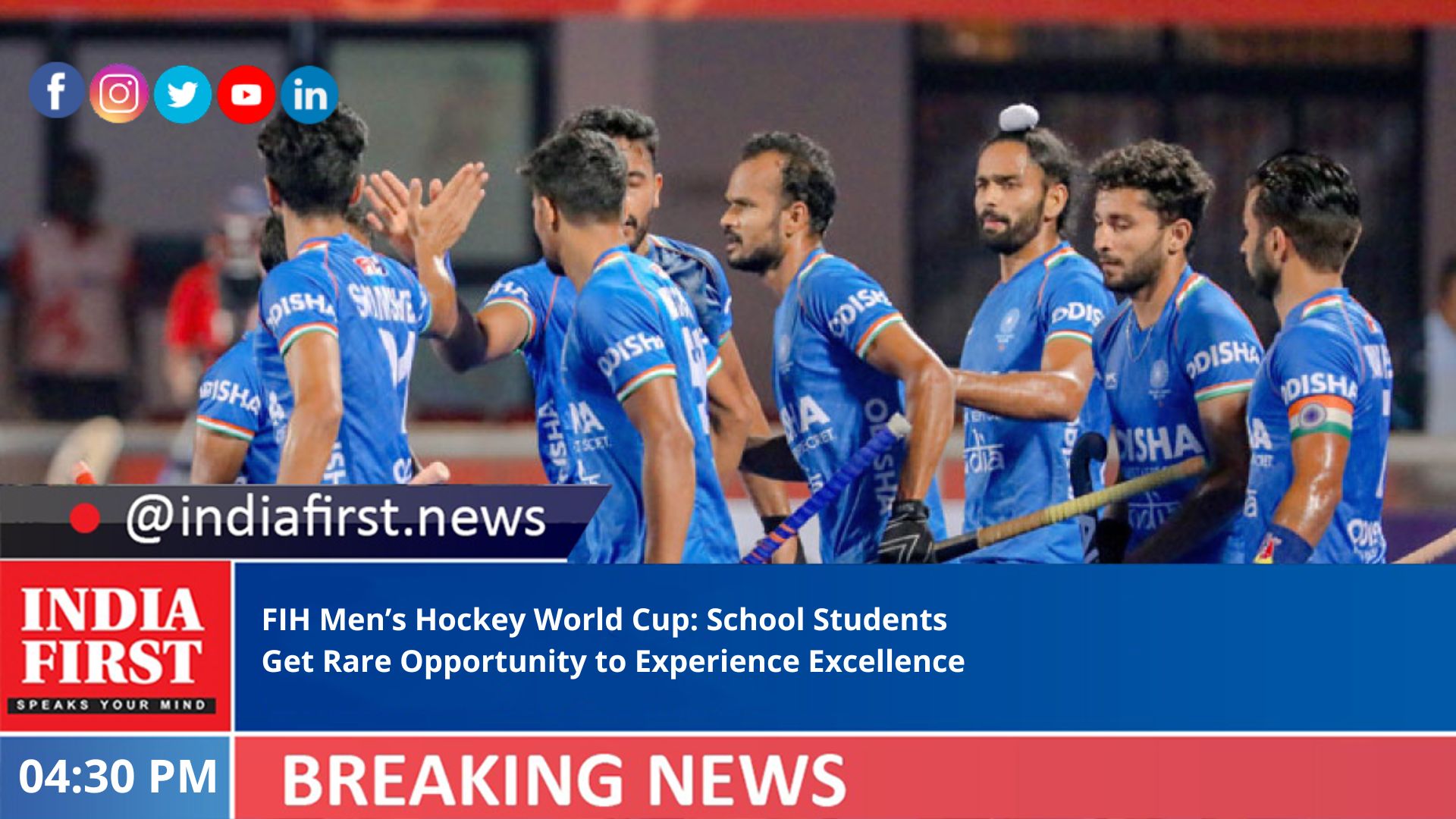 With the help of the Odisha government, 133 students of Tapovan High School in Bhubaneswar were flown into Rourkela on Tuesday to experience the Birsa Munda Hockey Stadium and the transformed city.

These children had the opportunity to visit Rourkela in a special charter flight. The students were thrilled to have this experience which will remain one of their fondest memories of their school days.

“Although these students are studying in Bhubaneswar, they come from small villages and belong to different tribal areas. Sitting in an aircraft and watching how villages look from above was a memorable and surreal experience for them,” said district welfare officer (DWO), PM Pradhan.

Pradhan said that they were given a tour of the Birsa Munda Hockey Stadium. They sat inside the stadium to get a feel of the facility and then interacted with Hockey India officials who explained to them the aspects of the game and the stadium, he said.

After the stadium visit, they were given a tour of the city and shown how Rourkela had been lit up and transformed.

“They were taken to IG Park, the Hockey Chowk and various attractive installations that have been decorated for the event which begins on January 13,” Pradhan added.

A World Cup is much beyond just the fiercely fought matches on the field. It is also about spirit and inclusion. Fans will take back more than just the thrill of the action.

Notably, the Birsa Munda Hockey Stadium will host two matches on Friday, where England will take on Wales, and home team India will take on Spain.