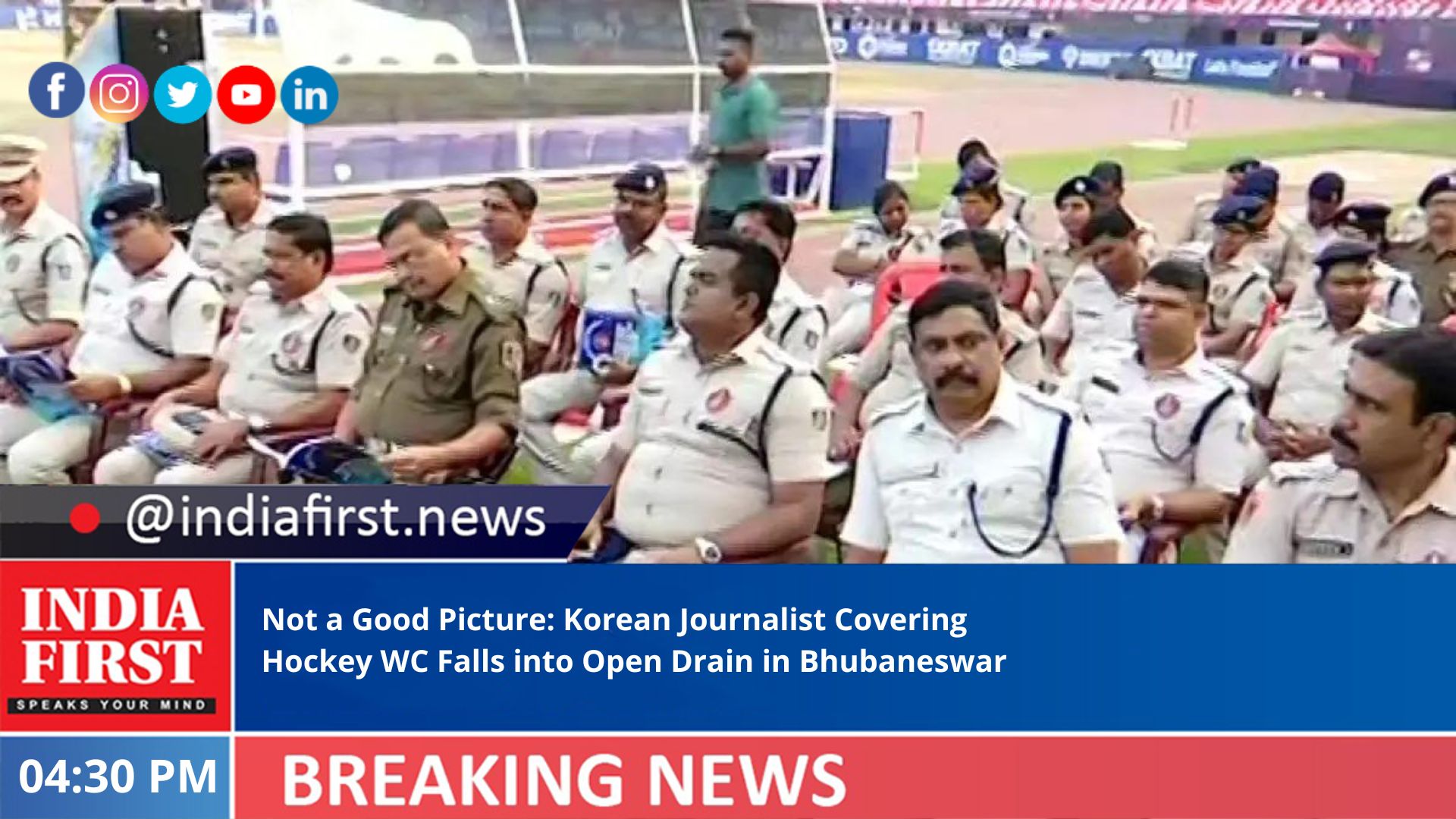 A photojournalist from Korea, who is in Bhubaneswar to cover the FIH Men’s Hockey World Cup starting Thursday, fell into an open drain in the state capital on Wednesday, suffering leg injury.

According to sources, the photojournalist fell into the open drain while stopping for a cup of tea at a roadside stall in the Dumduma area of the city.

After having tea at the stall, the photojournalist was taking a picture of the woman at the tea stall when slipped into the open drain and fractured his leg

He was rushed to a nearby hospital for treatment, said an auto-rickshaw driver, who was there at the time of the incident.

At a time when the state government is spending huge amounts of money to beautify the city for hosting the prestigious Hockey World Cup, Thursday’s incident has attracted criticism for the Odisha government and the Bhubaneswar municipal corporation.

Last year, a school student had died after falling into an open drain in Bhubaneswar.