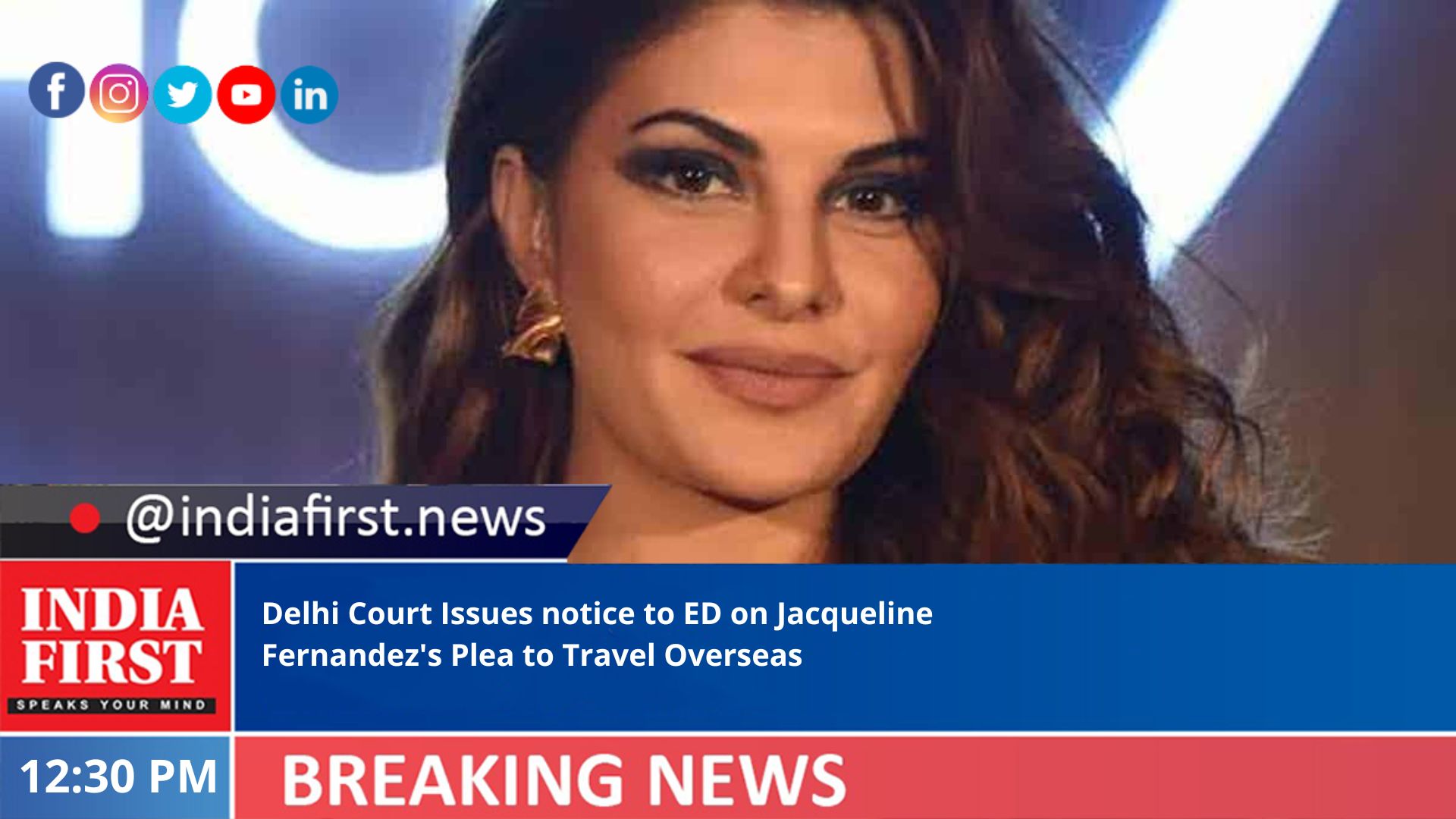 A Delhi court on Monday issued notice to Enforcement Directorate (ED) seeking its response to an application moved by actor Jacqueline Fernandez asking permission to fly to Dubai after January 27 for professional work.

Jacqueline, who is one of the accused in Rs 200 crore extortion case involving conman Sukesh Chandrashekhar as prime accused, had made a request for an urgent hearing. The court, hence, listed the matter for next hearing on January 25.

The actor, in December last year, had moved a plea seeking to travel abroad to visit her ill mother in Bahrain. Howbeit, she withdrew it as the court wasn’t willing to allow her to travel abroad.

Chandrashekhar had sent super expensive gifts to Jacqueline, while he also booked a chartered flight for her from Mumbai to Chennai during his bail period.

Moreover, according to the ED, it is suspected that alleged conman had sent huge chunks of money extorted from Singh to her.