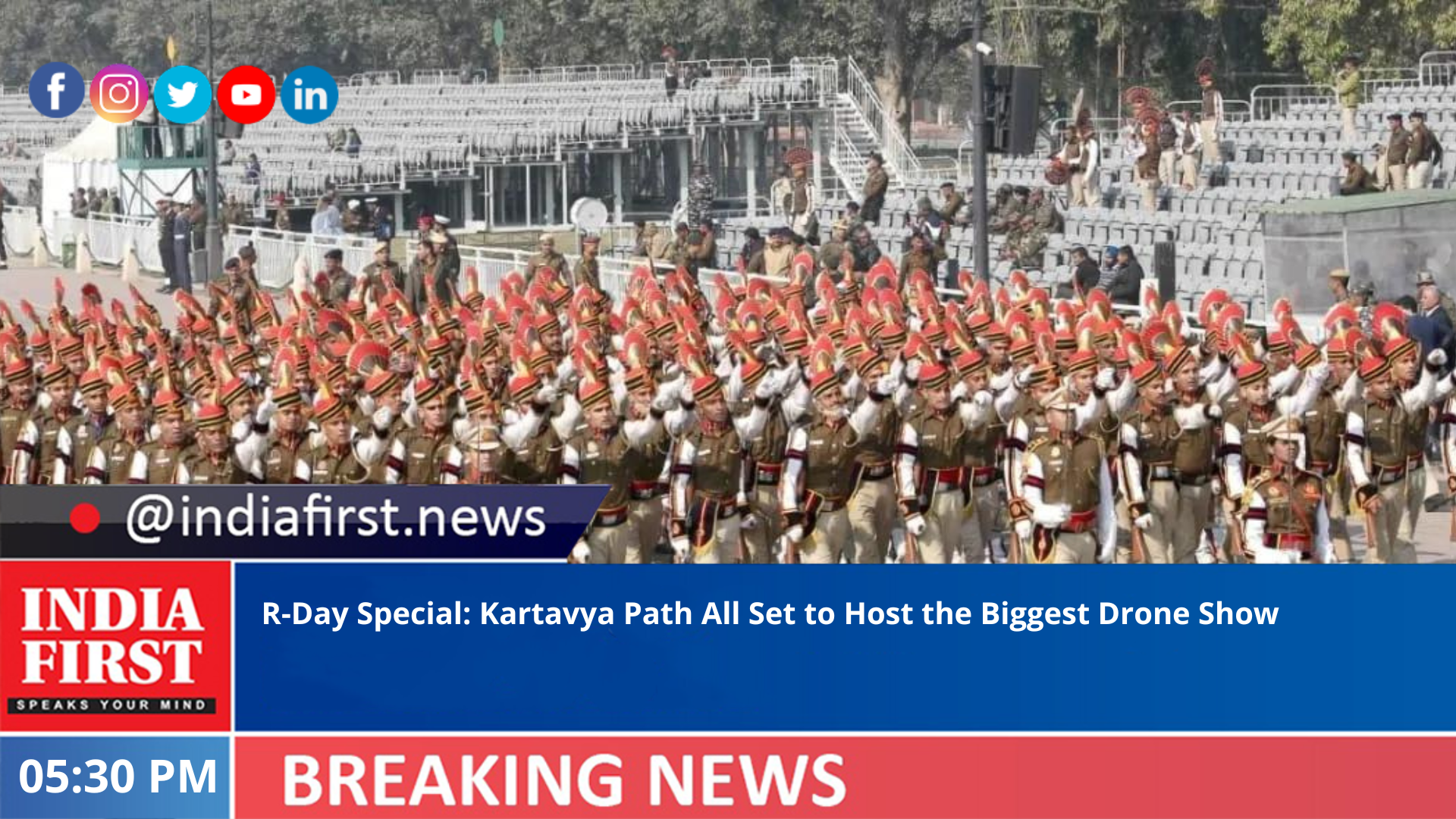 This year, as a part of the Republic Day celebrations, the biggest drone show in India, comprising of 3,500 indigenous drones, will light up the evening sky over the Raisina Hills, weaving myriad forms of national figures and events through smooth synchronisation.

Defence Secretary Giridhar Aramane on Wednesday said that, it depicts the success of start-up ecosystem, technological prowess of the country’s youth and pave the way for future path-breaking trends. The event will be organised by M/s Botlabs Dynamics.

Besides, for the first time, a 3-D anamorphic projection will be organised during Beating Retreat Ceremony 2023 on the facade of North and South Block. The Republic Day celebrations are going to be week-long from January 23-30.

A source said that working on Prime Minister Narendra Modi’s vision, this year, invites have been sent to common people from all walks of the society such as Shramyogis involved in construction of Central Vista, Kartvya Path, New Parliament Building, milk, vegetable vendors, and street vendors etc.

This year, for Republic Day celebration, physical invitation cards for guests and spectators have also been replaced by e-invitations.

A total of 45,000 people will be able to watch the march past at the Kartavya path.

However, the percentage of common people will be increased this year as around 32,000 tickets have been reserved for the common public. Earlier there was 1 lakh seating capacity, but most of the passes for Republic Day used to be given to the VIPs and to the officials.

Aramane said that this year, a dedicated portal www.amantran.mod.gov.in has been launched.

The sale of tickets, admit cards, invitation cards and car parking labels are being issued online through this portal. This will ensure the whole process to be more secure and paperless and enable people from all parts of the country to attend the national event, he added.

An All-India School Band competition was organised for various schools to compete and perform in the run up to the Republic Day to encourage values of discipline, teamwork & national pride among the children.

Over 300 schools participated in the competition organised by Ministry of Defence in coordination with Ministry of Education.

Eight school bands were selected, which began performing at the National War Memorial from January 15 onwards. The performances will continue till January 22.

The celebrations include the traditional march past at Kartavya Path comprising a grand parade by the contingents of the Armed Forces and Paramilitary Forces, tableaux display by the states and Central ministries, cultural performances by children, acrobatic motorcycle rides and a fly-past, besides Beating the Retreat ceremony at the Vijay Chowk and PM’s NCC rally.