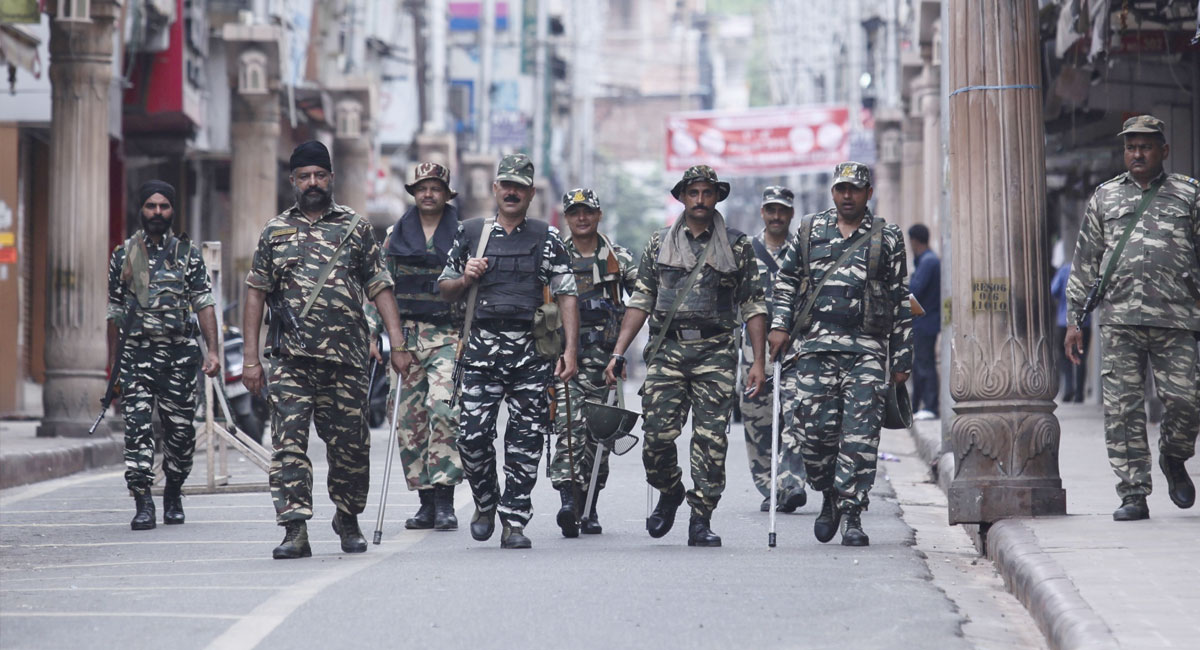 As the longest internet shutdown in the world entered its 158th day in Jammu and Kashmir, a group of 17 foreign envoys based in New Delhi, including the US ambassador to India, began their two-day visit to the Valley to judge the Narendra Modi government’s claim of normalcy being restored in the region.

The envoy visit is part of the government’s diplomatic outreach to counter the negative media reports  of its decision to abrogate Article 370 and counter Pakistan’s propaganda on the Kashmir issue. Some political observers have criticised the envoy visit, calling it a guided tour with severely limited access in the Valley.

Interestingly, the envoy of the European Union skipped the visit after being denied permission to meet the local leaders and detained former chief ministers Omar Abdullah, Farooq Abdullah and Mehbooba Mufti.

Despite the controversy around the EU envoy refusing the invitation, the envoy visit of the other countries were largely seen as the first step in the government phasing out restrictions.

The US has called the visit of its Ambassador Ken Juster and diplomats from 15 other countries to Kashmir an “important step”.

Alice Wells, the Acting Assistant Secretary of State for South Asia, said she was “closely following” the visit of the envoys to Kashmir, describing it an “important step”.

Wells, who will be visiting India soon, added: “We remain concerned by detention of political leaders and residents and Internet restrictions. We look forward to a return to normalcy.”

While the government’s internet restrictions can be justified as part of its safety and security measures, it’s blockade has crippled daily life, taking a toll on economic and educational activities. It will be impossible to integrate Kashmir with the rest of the country if the people in the Valley are denied the same basic rights as those in other parts of the country.

The very next day of the envoy visit, the Supreme Court ruled that the right to access to internet is a fundamental right under Article 19 of the Constitution. The apex court directed the Jammu and Kashmir administration to immediately restore internet services connected with access to government websites, localised/limited e-banking facilities, hospital services and other essential services.

A three-judge bench, headed by Justice N.V. Ramana and also comprising Justices B.R. Gavai and R. Subhash Reddy said, “Non recognition of technology within the sphere of law is only a disservice to the inevitable. In this light, the importance of the internet cannot be underestimated, as from morning to night we are encapsulated within the cyberspace and our most basic activities are enabled by the use of internet.”

However, the judgment did not mention any timeframe to restore internet services to other sectors and for the people in the region.

The apex court observed that it is essential to distinguish between the internet as a tool and the freedom of expression through the internet.

“There is no dispute that freedom of speech and expression includes the right to disseminate information to as wide a section of the population as possible. The wider range of circulation of information or its greater impact cannot restrict the content of the right nor can it justify its denial,” said the court.

The apex court said that the expression through the internet has gained contemporary relevance and is one of the major means of information diffusion. “Therefore, the freedom of speech and expression through the medium of internet is an integral part of Article 19(1)(a) and accordingly, any restriction on the same must be in accordance with Article 19(2) of the Constitution,” added the court.

The court identified the internet is also a very important tool for trade and commerce, and there is no doubt that there are certain trades which are completely dependent on the internet.

“Such a right of trade through internet also fosters consumerism and availability of choice. Therefore, the freedom of trade and commerce through the medium of the internet is also constitutionally protected under Article 19(1)(g), subject to the restrictions provided under Article 19(6),” observed the court.

The apex court observed that none of the counsels involved in the matter have argued for declaring the right to access the internet as a fundamental right and therefore “we are not expressing any view on the same”.

“We are confining ourselves to declaring that the right to freedom of speech and expression under Article 19(1)(a), and the right to carry on any trade or business under 19(1)(g), using the medium of internet is constitutionally protected,” said court. Therefore, the court has given Constitutional protection to the right to access the internet, which can be termed as a fundamental right.

The apex court concluded that the suspension of broad telecom services, be it the internet or otherwise, being a drastic measure, “which must be considered by the state only if ‘necessary’ and ‘unavoidable’”.

On August 5, the Modi government had argued that its decision to revoke Article 370 was driven by a desire to kickstart the region’s economic development, reduce corruption and uniformly apply all national laws to Jammu and Kashmir, particularly in regard to women and children. Five months have passed, but the Valley is still waiting for the government to make good on its promises.

The Supreme Court ruling and the envoy visit are baby steps in the long road to restore the Valley but much ground still needs to be covered.