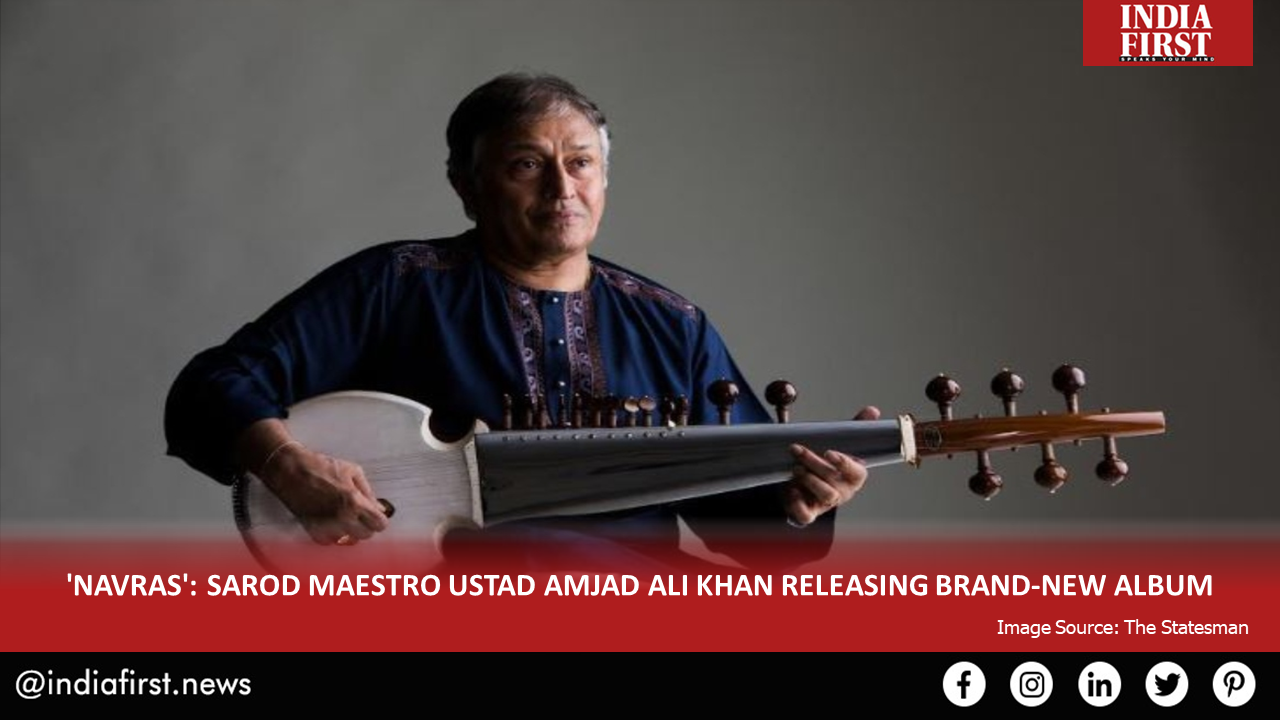 Sarod maestro Ustad Amjad Ali Khan is launching his new album, titled Navras. He says that the title refers to the nine expressions that human beings are empowered with.

“My latest offering, Navras, refers to the nine expressions that human beings are empowered with. It is a celebration of music and how it makes you feel,” Ustad Amjad Ali Khan said.

“Through Navras, I hope that music lovers across the globe can listen to this performance live and feel all these emotions especially in these challenging times,” he added.

Talking about his music journey, he said: “I cannot remember a particular day that I was initiated into the world of music. It was a part of me from as early as I can remember. Life itself was music and music was life and its celebration. I believe that the 12 notes of music are actually ‘alphabets’ of a universal ‘language’ that musicians and connoisseurs have been communicating with since time immemorial. Music has many faces and instrumental music, such as what I play on the Sarod, is pure sound that needs to be experienced and felt.”

He added that since there are no lyrics, there is no language barrier between the performer and the listener, and that is why instrumental music transcends all barriers.

“A wonderful mystery of Indian classical music is the fact that one can spend a lifetime trying to attain knowledge and perfection and still feel that they have only skimmed the surface. There is an old saying ‘Swara hi Eshwar hai’ which is absolutely apt as music has its roots in spirituality and has always been an integral part of the worship of God,” he said.

The album will be launched with two live concerts on PayTM Insider on February 20 and 27. The virtual concerts will indulge classical music lovers the globe.

The Padma Shree awardee has partnered with Teacher’s Glasses for his latest album.