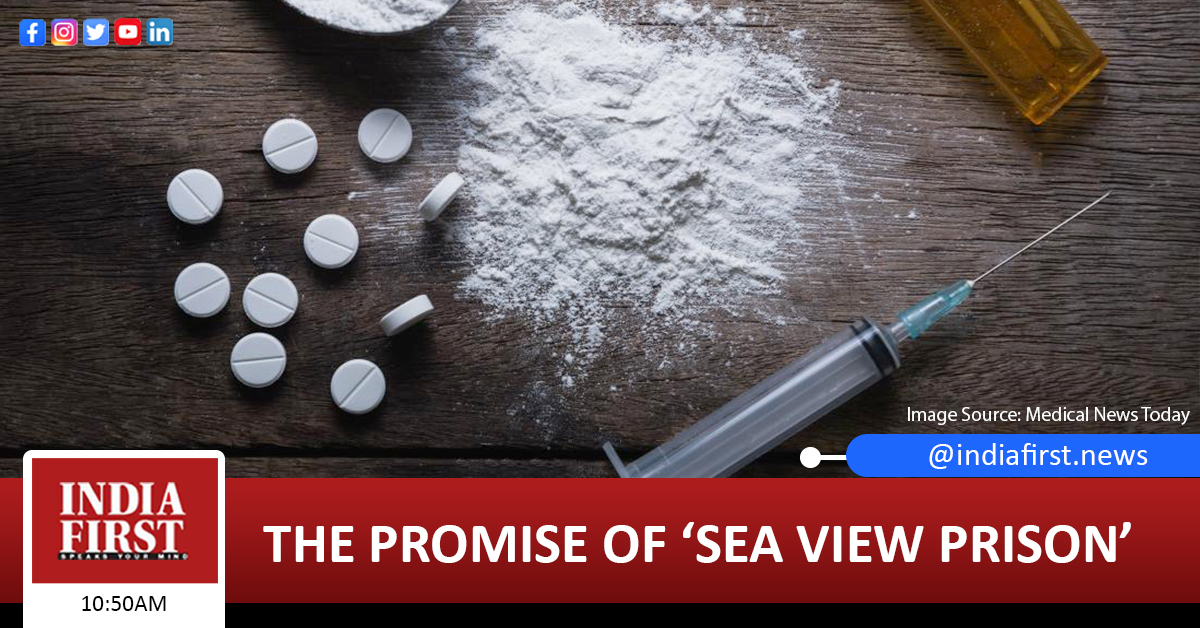 Goa Police has come up with an ingeniously funny ad to show how serious it is about fighting the rampant drug problem in its state.

Often at the receiving end of blunt media coverage, the Goa Police has pulled off a smooth, cheeky wordplay in a print advertisement aimed at creating awareness about drug abuse in the coastal state.

A Goa Police ad published in leading newspapers, warning of a ‘Sea View Prison’ awaiting drug users in the state, has now gone viral thanks to the pun spun around stereotypical ads selling real estate in the coastal state.

Superintendent of Police (Crime Branch) Shobhit Saxena said that the advert is an extension of its efforts to create awareness about the ills of drugs.

“We have been doing some or the other sort of awareness campaign urging people to stay away from drugs. We had taken the support of renowned football players of Goa like Mandar Sardesai and others in the past. We had done videos and created some posters too. This ad is a continuation of the drive,” Saxena said.

The creatives of the ad, which have gone viral on social media, depict an image of the setting sun, through a barred window, with the accompanying copy stating “Sea View Prison – Do drugs in Goa and win a sunset view prison cell for FREE”.

The ad also urges people to inform the police on 112 about leads related to drug abuse in the state, with an assurance that the identity of the informer would be kept a secret.

One of the most popular beach and nightlife destinations in the country, Goa, over the last couple of decades, has also earned the reputation as a narco-tourism destination, thanks to the easy availability of drugs and other narcotics substances.

According to statistics tabled during the recently concluded winter session of the state legislative assembly, from 2018-2020, 589 drug-related cases were booked in Goa spread over 1095 days. And the narcotic flavour of the season, predictably turns out to be ganja or grass or marijuana, one of the cheapest banned drugs which has accounted for 71.30 per cent of the total drug busts.

According to Saxena, the Goa Police is committed to cracking down on the drug trade in Goa and has been anchoring a series of initiatives since the anti-narcotics day which is observed on June 26.

The viral ad campaign, Saxena said, was devised in-house with the help of two design experts Aditya Chikte and Deshaj and anchored by Director General of Police Mukesh Kumar Meena.

“The DGP had sought to create an innovative campaign to create awareness about the issue. We will be coming out with more such ads soon,” Saxena said.