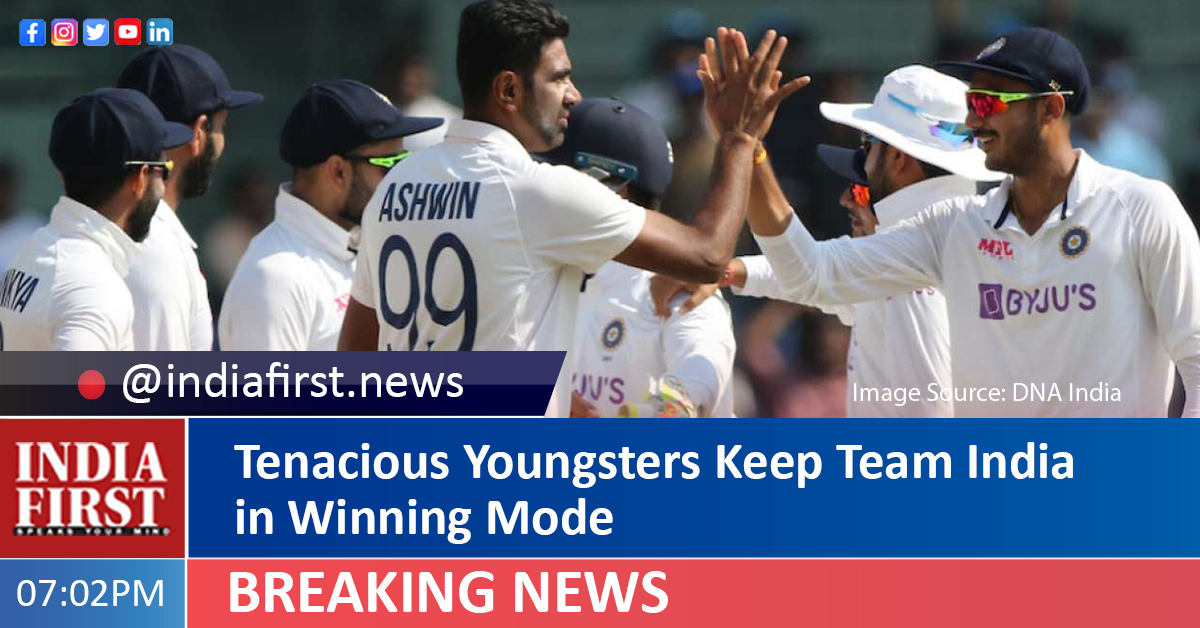 As soon as the fourth and final Test between India and England finished and the presentation ceremony was over in Ahmedabad today, batsman K.L. Rahul went to the pitch on which the final Test was played and started smashing a few balls.

Rahul, inducted into the Test squad after the second Test and also capable of batting in the middle-order, was reduced to being almost a traveller as India’s batting line-up kept dishing out one batsman after another coming in and saving the day in the first innings of this Test.

This was nothing new. Over the last couple of months, in Australia and in India, the Indian middle-order and lower middle-order comprising Hanuma Vihari, R. Ashwin, Rishabh Pant, Washington Sundar, Shardul Thakur and Axar Patel have helped India keep up the fight and win series.

A couple of those stars from Australia series – Vihari and Thakur – who did well are not even in the squad now.

Despite that, India’s Nos. 6, 8 and 9 showed grit, determination and importantly fearlessness and fought back to help their team coast to a match-winning total.

“Our bench strength is as good as it has ever been and that is a great sign for Indian cricket. The idea was to have youngsters to come in and perform with fearlessness. It has helped take the situation on. When the transition happens eventually it is not difficult for Indian cricket and the standard doesn’t fall below what we have set over the last few years. These are the kinds of situations where the player makes a mark,” said India skipper Virat Kohli after his team sealed the series.

Off-spinner Ashwin, who won the man of the series award, said that the competition for places within the team is tough but the general atmosphere within the camp is one of excellence.

“It is pretty hard for the person who is going through the phase. You can’t take your place for granted and have to keep fighting. General atmosphere in the India camp is open for excellence. The management tries to get the best out of players,” said Ashwin while comparing the current Indian team to the Australian team of the early 2000s.

“Indian cricket finds itself in a place where a lot of cricketers are coming and performing,” he added.

India’s youngsters have not just showed courage but also plenty of skills. While there were doubts over Pant’s skills as wicketkeeper behind the stumps on Indian pitches or whether Axar Patel will be able to step into the shoes of the injured Ravindra Jadeja, both stepped up. Patel also performed with the bat, putting up a century partnership with Sundar.

Patel finished with 27 wickets in three Tests with four five-wicket hauls while Pant impressed with his wicketkeeping and batting.

“Axar came to replace Jaddu and I thought he delivered really well, deserved every bit of his success. I thought his bowling was excellent and accurate for the series,” Ashwin said on Patel before praising Pant.

“What Rishabh has gone through in his career over the last year or so, it has been amazing. He has been under a lot of pressure, being compared to legends of the game,” added Ashwin.

It is clear and evident that these youngsters love pressure and perform under it.