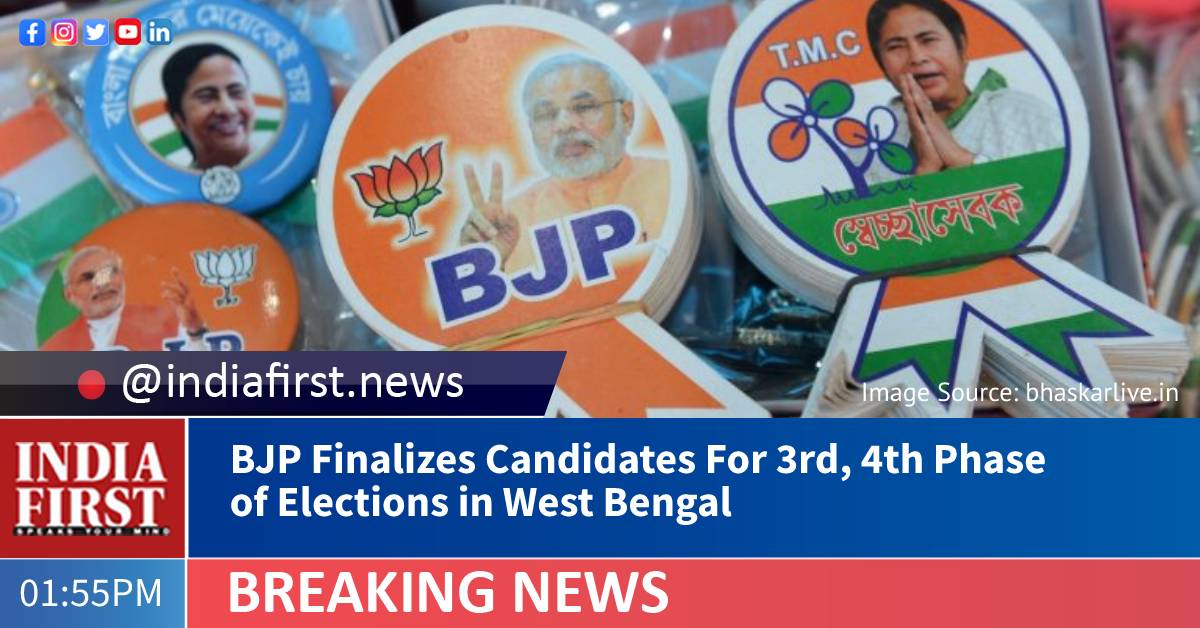 The BJP’s Central Election Committee (CEC) has finalised the names of party candidates for the 75 Assembly seats in West Bengal that will go to the polls in the third and fourth phases on April 6 and April 10, respectively.

After the CEC meeting held at the party headquarters in New Delhi, BJP General Secretary and West Bengal in-charge Kailash Vijayvargiya said that the names of the candidates have been finalised for third and fourth phases.

“The names will be announced soon,” he said.

BJP national Vice President and senior leader from the state, Mukul Roy, said that the name of actor Mithun Chakraborty was discussed in the meeting.

Vijayvargiya said that Chakraborty has expressed his desire not to contest the polls.

“The party will field Mithun Da if he is ready to contest the polls,” Vijayvargiya said.

Elections will be held in 31 seats in the third phase of West Bengal Assembly polls, while 44 seats will go to the polls in the fourth phase. Earlier, the BJP had announced candidates for 60 Assembly seats where polling will be held in the first two phases.

Polling for the 294-member West Bengal assembly will be held in eight phases between March 27 to April 29. The results will be declared on May 2.

The BJP CEC also finalised the names of party candidates for the Assembly elections in Kerala, scheduled to be held on April 6.