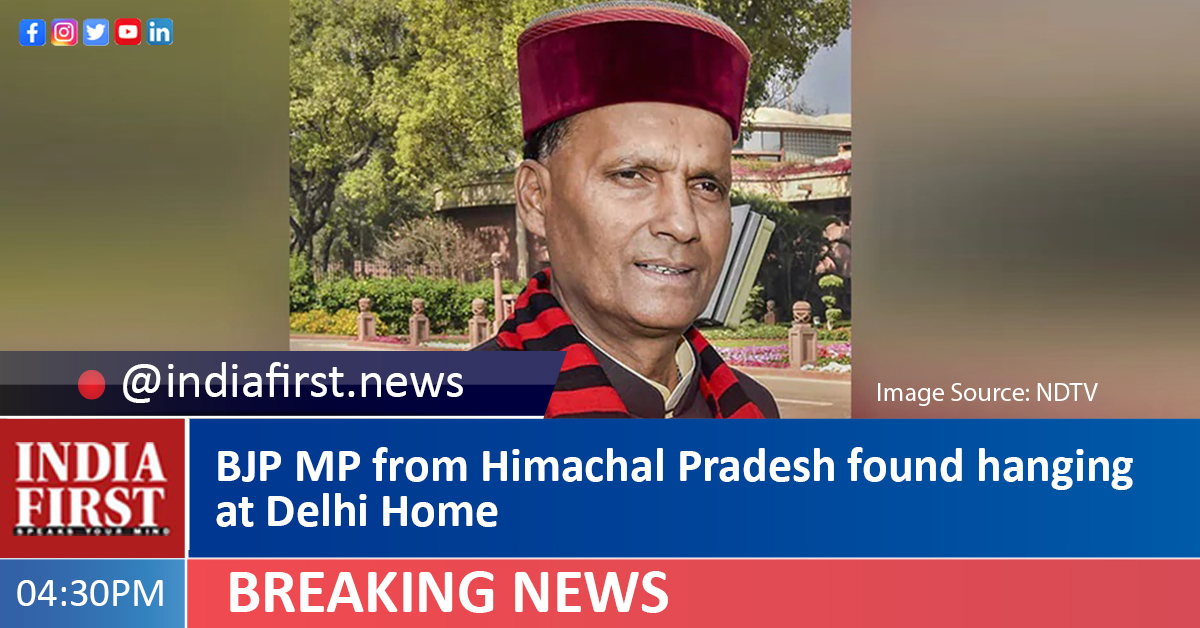 Ram Swaroop Sharma, the BJP MP from Himachal’s Mandi was found hanging from a ceiling fan at his Delhi residence under mysterious circumstances, police reported today.

The 62-year-old’s body was found in his Gomti apartment near RML hospital in New Delhi area. According to the police “prima facie it appeared to be case of suicide”.

The police also said that he was having some kind of health problems. However, the investigators added that more clarity was needed which will only come after the autopsy was conducted.

One of Sharma’s staff had called the police after they discovered the body inside a room with the doors shut from inside.

“His personal assistant and cook stays at his residence. When this morning the MP who usually gets up around 6.30 a.m. did not wake up, the staff called him on his phone but they went unanswered. It was then the police was informed,” said Chinmay Biswal, PRO Delhi police.

The police team reached the spot and broke open the door. The body of Ram Swaroop Sharma was found hanging from the ceiling fan. He was rushed to the hospital where he was declared brought dead.

The forensics team and the crime team also reached the spot and carried out a thorough investigation.

He was known for his proximity to Chief Minister Jai Ram Thakur and was long associated with the Rashtriya Swayamsevak Sangh.

He was quite active on Twitter sharing party and PM tweets. The last time he tweeted was on March 14.

This comes less than a month after seven-term MP Mohan Delkar, was found hanging at a Mumbai hotel on February 22.