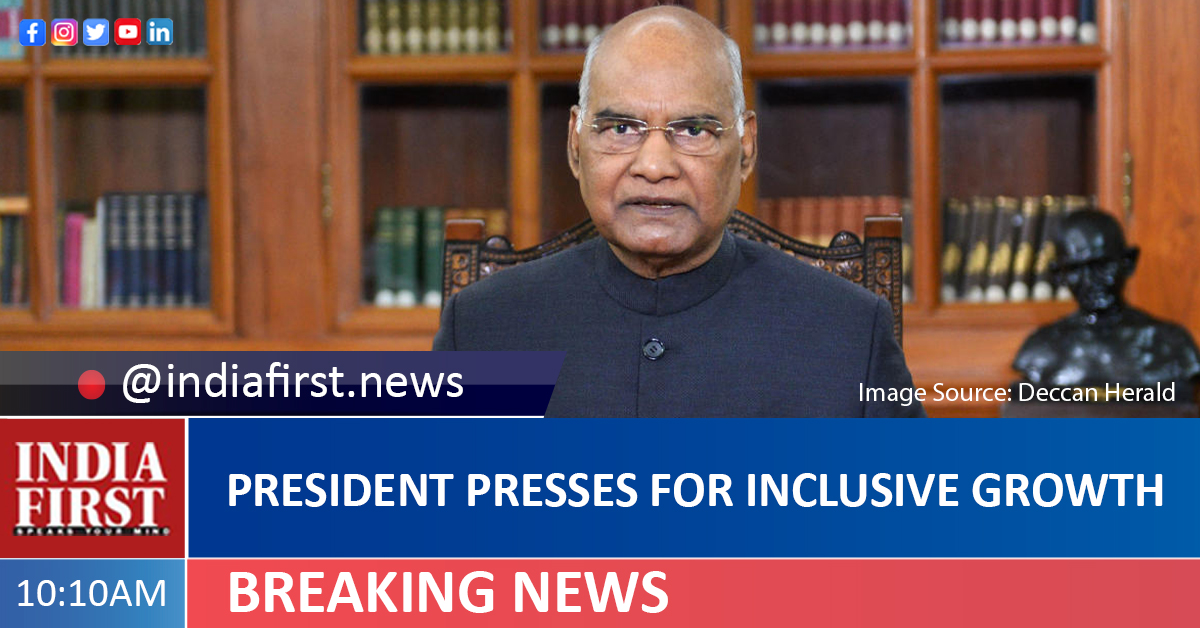 As he lavished high praise on the all-round performance of the Rourkela Steel Plant, President Ram Nath Kovind also called for higher participation of women in technical education for all-round development of the country.

President Ram Nath Kovind has emphasised that for the inclusive development of a country, strong socio-economic structure is necessary along with the industrial advancement.

Kovind said that Rourkela Steel Plant has made conscious efforts to bring changes not only in the industrial activities but also in the fields of healthcare, education, culture and sports.

The President noted that till now this area was deprived of super specialty medical facility.

About six years ago, the Prime Minister had laid the foundation for developing the Ispat General Hospital as a Super-Specialty Hospital. And today, it is ready to serve the people of region.

He noted that this Hospital would not only cater the super specialty medical needs of Odisha but also adjoining areas of Jharkhand and Chhattisgarh.

“Covid-19 pandemic has shown its macabre form across the world. In this difficult time, our medical fraternity has fought an extraordinary battle against an invisible and unknown enemy,” Kovind said.

He noted that in Rourkela and its adjoining areas, the medical teams of SAIL did commendable work of protecting people by their tireless efforts.

The President said that the nation would always be indebted to them for the selfless services rendered by the healthcare community and their dedication to humanity.

Earlier addressing the 18th annual convocation of NIT Rourkela, Kovind said one objective of the National Education Policy is to make India a global knowledge superpower in 21st century and institutions like NIT Rourkela have to play a major role in achieving these national aims.

He said that as the 2nd largest government run technology institute in Eastern India, NIT Rourkela has made significant contribution to the field of engineering and technology.

For over six decades, this institution has been enriching the pool of technical professionals in the country.

Pointing to the fact that NIT Rourkela has students from all over India and also from other countries, the President said that the community of over 7000 students studying in this 700-acre campus represents rich diversity.

It increases cross-pollination of learning and promotes understanding between different cultures. It also strengthens people-to-people ties between nations.

Raising the issue of less participation of women in technical education, Kovind said that in most of the convocations he attended across the country, he noticed that girl students are outshining boy students in liberal arts, humanities, medical sciences, law and several other areas.

He emphasized that girls should be encouraged to pursue technical education and excel in the same manner as they do in other areas.

The President said that growth and excellence of women in technical areas would add a new dimension to national development.

“It would promote gender empowerment at the higher levels in the field of science and technology. It would also help women break the glass ceiling in one of the most important spheres in the world of 21st century.”