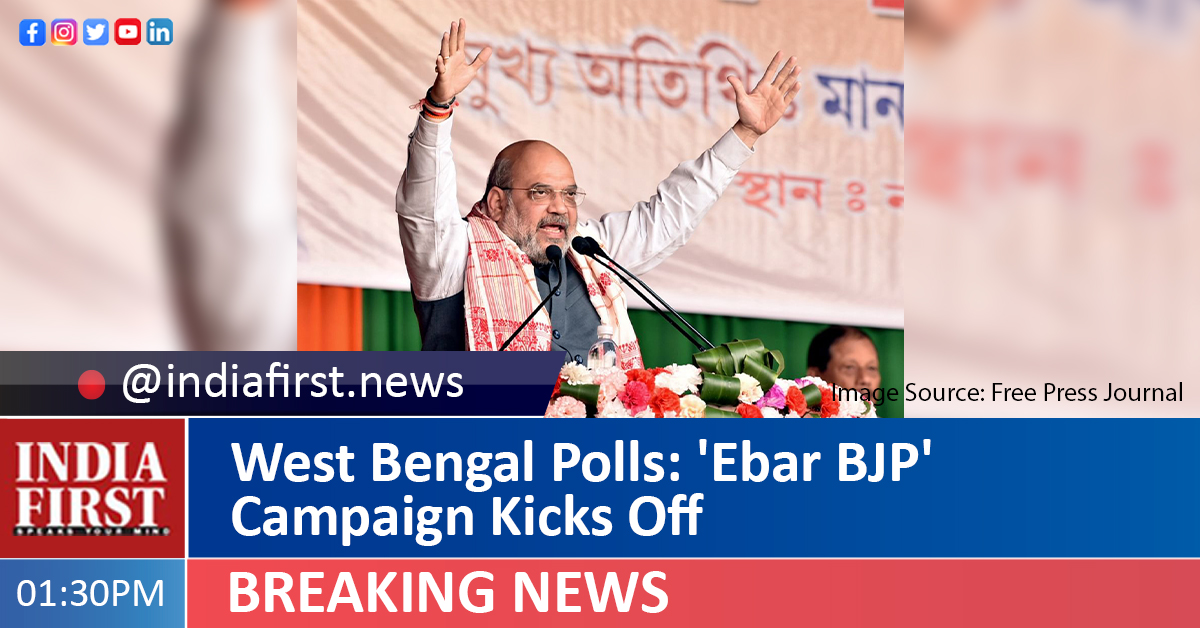 Highlighting the lack of women’s security, political violence and unemployment among other issues of misgovernance under the Mamata Banerjee-led Trinamool Congress government in West Bengal, the Bharatiya Janata Party (BJP) has launched the ‘Ebar BJP’ (This time BJP) campaign in the poll-bound state.

The 294-member West Bengal Assembly will go to the polls in eight phases from March 27 to April 29. The results will be declared on May 2.

The ‘Ebar BJP’ campaign was launched just before the end of campaigning for the first phase of polling on March 27, in which 30 Assembly constituencies will go to the polls.

Launching the campaign, the BJP urged the voters to cast their votes in favour of its candidates for a ‘Sonar Bangla’ (Golden Bengal). The BJP released a series of videos on campaign themes on the occasion, highlighting the alleged misrule of the Mamata Banerjee-led government.

A senior party leader said that the issues raised in the campaign are the reality of West Bengal.

“Corruption, lack of women’s security, unemployment, poor health infrastructure – these are all realities. We are just pointing out all these things to the voters and urging them to vote for the BJP for ‘poriborton’ (change),” he said.

The BJP, which has claimed that more than 130 of its workers have been killed by ruling party workers in West Bengal, said that many people were killed in the state for raising their voice against the ruling dispensation. The party appealed to the voters, saying that this is the time to free Bengal from political violence.

Pointing to the rumours of corruption in government hospitals, the BJP said that many ordinary people have suffered as a result of the rumours.

“What happened to you should not happen to anyone else. Vote for corruption-free Bengal, vote for the BJP this time,” the party campaign said.

The BJP campaign also took a dig at the alleged corruption over distribution of monetary compensation to the people affected by cyclone ‘Amphan’. “When nature’s wrath erupted, people saw that their reliefs were stolen by the Trinamool cadre,” said a Bengal BJP leader.

Raising the issue of women’s security in the state, the saffron party campaign said that those who attacked or threw acid on girls have no fear of law.

Talking about employment, the BJP pointed out that the future of millions of youth remained in the dark during Trinamool’s 10-year rule in the state.