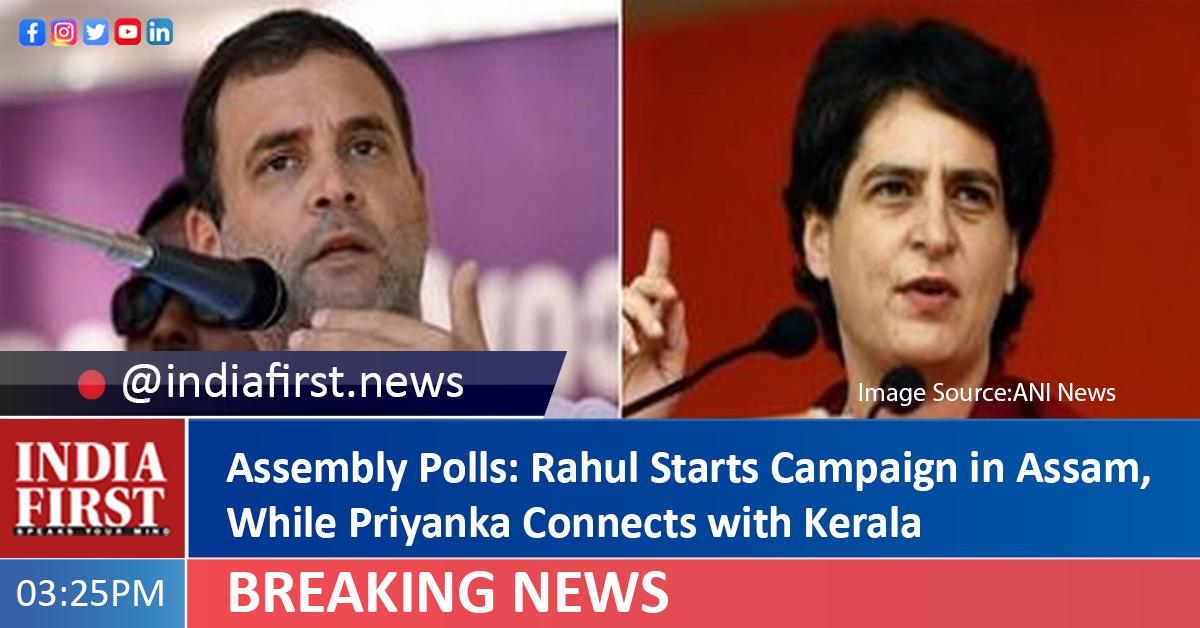 Congress leader Rahul Gandhi and his sister and General Secretary Priyanka Gandhi will be campaigning in Assam and Kerala, respectively, from today onwards.

Rahul will be pitching for the party candidates in Assam where the Congress is heading a multi-party alliance and eyeing a comeback. The first phase of voting in the northeastern state was held on March 27 and the next round is on April 1.

Banking on its “five guarantees”, including five lakh jobs for youth, the Congress is leaving no stone unturned to cash in on the anti-CAA sentiments of the local people and over the low wages of the tea estate workers.

Meanwhile, Priyanka Gandhi is scheduled to address public meetings and hold roadshows in Kerala, which goes to the polls on April 6.