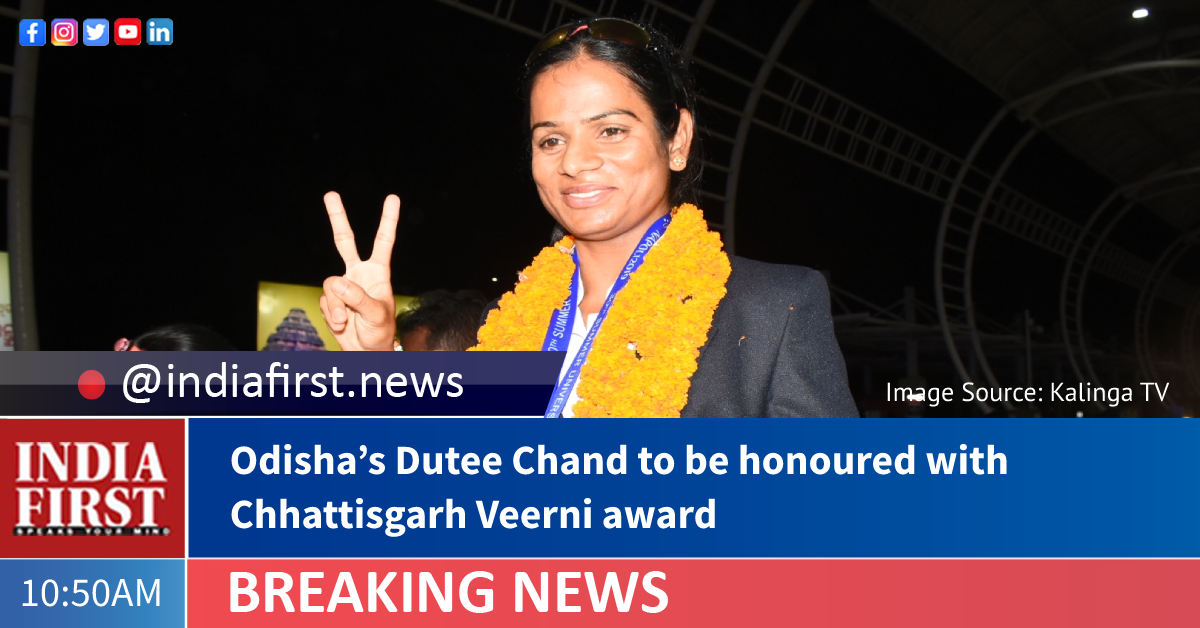 Dutee Chand, the Jakarta Asian Games silver-medalist in 100 and 200 metres, will receive Chhattisgarh Veerni Award, it was announced yesterday.

Due to the ongoing Covid-19 pandemic, the inaugural edition of the awards ceremony will be held virtually on April 14.

The award, instituted by the Chhattisgarh state government, recognises contribution of Indian women in different fields, including sports.

According to a press release of the Chhattisgarh government, Dutee has been shortlisted for the award for her contribution in sports.

In 2019, the Odisha sprinter became the first Indian woman to win gold medal at the World University Games held in Italy.

Dutee, who holds the national record of 11.22 secs in 100m, is aiming to achieve Tokyo Olympics qualification time of 11.15 secs in the coming months.

Earlier this week, she was selected to represent the country in 4x100m relay team at next month’s World Relays in Poland.