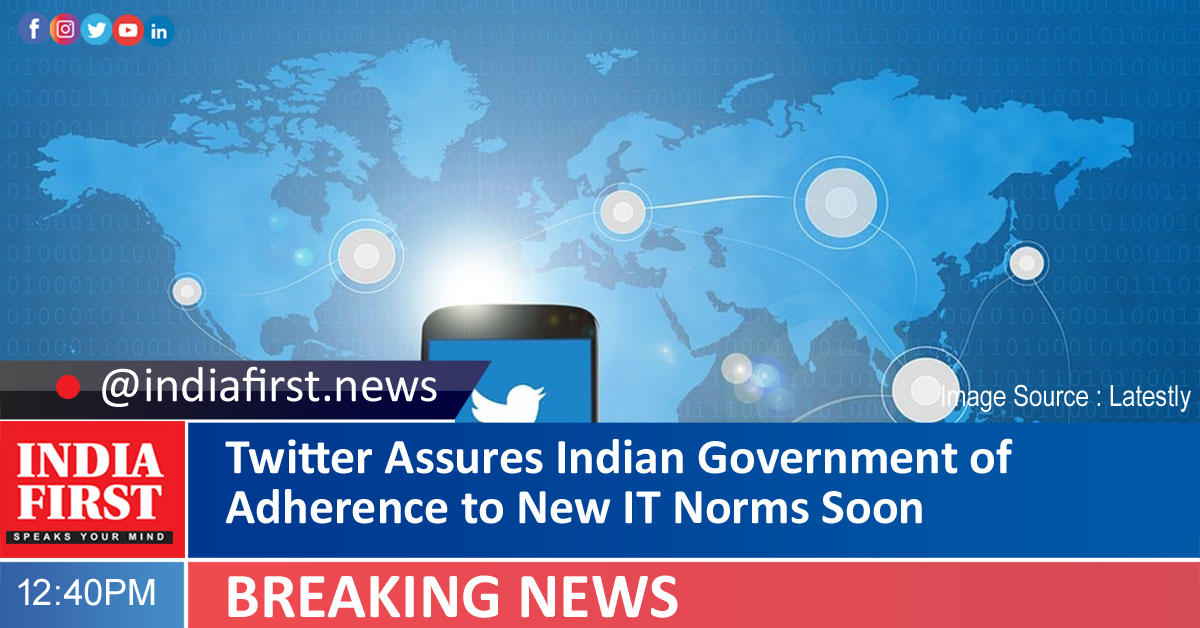 Days after the Union Ministry of Electronics and Information Technology (MeitY) sent its final notice to Twitter over the microblogging platforms compliance with the new IT norms, the US-headquartered company has told the government that it is making efforts to comply with the regulations and will share the details for the same in a week’s time.

In a letter to the ministry, the company has said that it remains committed to serving the people of India by providing a platform to facilitate public conversation in the country.

Twitter noted that as per the new guidelines, it has appointed a Nodal Contact Person and a Resident Grievance Office on a contractual basis, and the company is making recruitments to fill the positions on a permanent basis.

“In addition, we are in advance stages of finalising the appointment to the role of Chief Compliance Officer and we plan to provide additional details to you in the next several days and at the latest within a week,” Twitter said.

On June 5, the MeitY had sent its final notice to Twitter over non-compliance of the new IT rules, warning it again of penal action in case the US-headquartered social media platform fails to comply with the norms.

The notice sent by the ministry noted that in view of Twitter Inc’s non-compliance with the rules which came into effect on May 26, 2021, “consequences follow”.

“However, as a gesture of goodwill, Twitter Inc is hereby given one last notice to immediately comply with the rules, failing which the exemption from liability available under Section 79 of the IT Act, 2000 shall stand withdrawn and Twitter shall be liable for consequences as per the IT Act and other penal laws of India,” it had said.