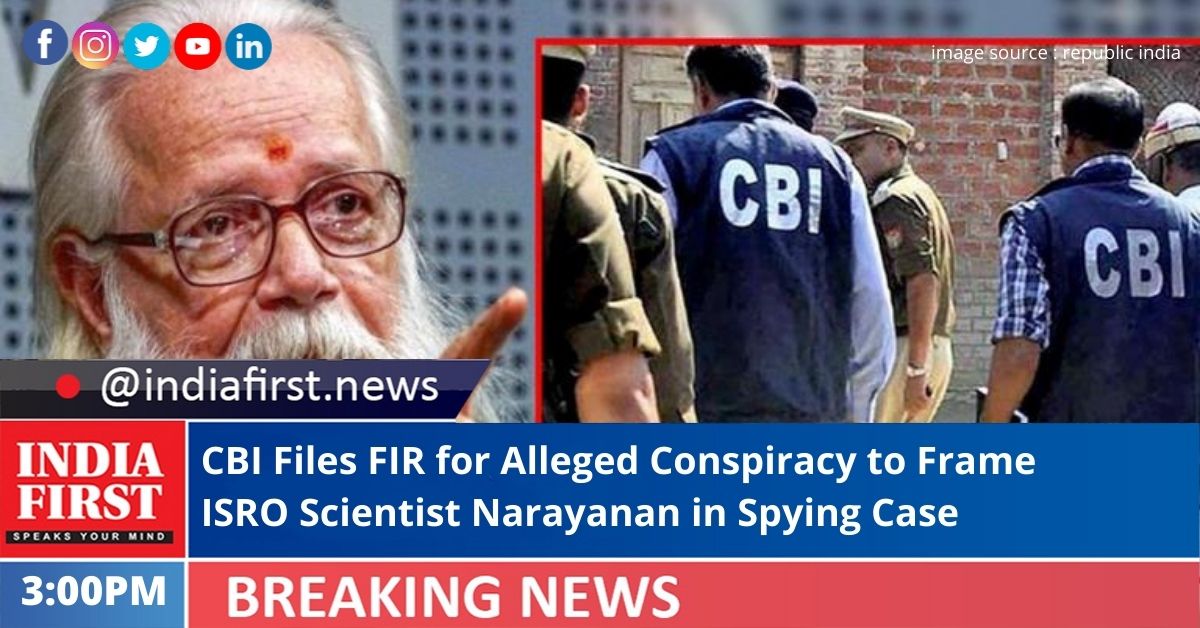 The CBI has informed the Supreme Court that it has registered an FIR against former Kerala DGP Siby Mathews and others, in an alleged conspiracy to frame ISRO scientist Nambi Narayanan in an espionage case in 1994.

The agency filed a status report, after the top court ordered a CBI probe in April to investigate the role played by police in framing Narayanan.

Today, a bench headed by Justice A.M. Khanwilkar said: “It is mentioned in the report after examining relevant aspect, the FIR has been registered. Now the law has to take its course”.

Advocate Amit Sharma, counsel for Mathews, and advocate Kaleeswaram Raj counsel for another accused submitted that the Justice DK Jain Committee Report has not been shared with the accused. They argued that the refusal by the CBI to share the report is causing prejudice to the accused in availing their statutory remedies and contended that the central probe agency is relying on the report in the FIR.

Solicitor General Tushar Mehta, representing the Centre, informed the top court that the FIR will be uploaded during the course of the day. The bench also comprising Justice Sanjiv Khanna noted that the CBI cannot proceed on the basis of the report of a panel headed by former top court judge DK Jain, formed in September 2018, to examine the matter.

“The report by itself cannot be the basis to proceed against the respondents or persons named as accused in the FIR registered by the CBI,” said the bench. It further added, “The CBI has decided to proceed in the matter and further steps should follow as per law”.

On April 15, the top court had ordered a CBI to probe the role of Kerala police officers in framing of Narayanan in a 1994 espionage case. The court had accepted the report submitted by panel headed by former top court judge D K Jain. The top court said the matter is very serious and it requires CBI probe.

The top court had ordered that panel’s report should be kept confidential in sealed cover.