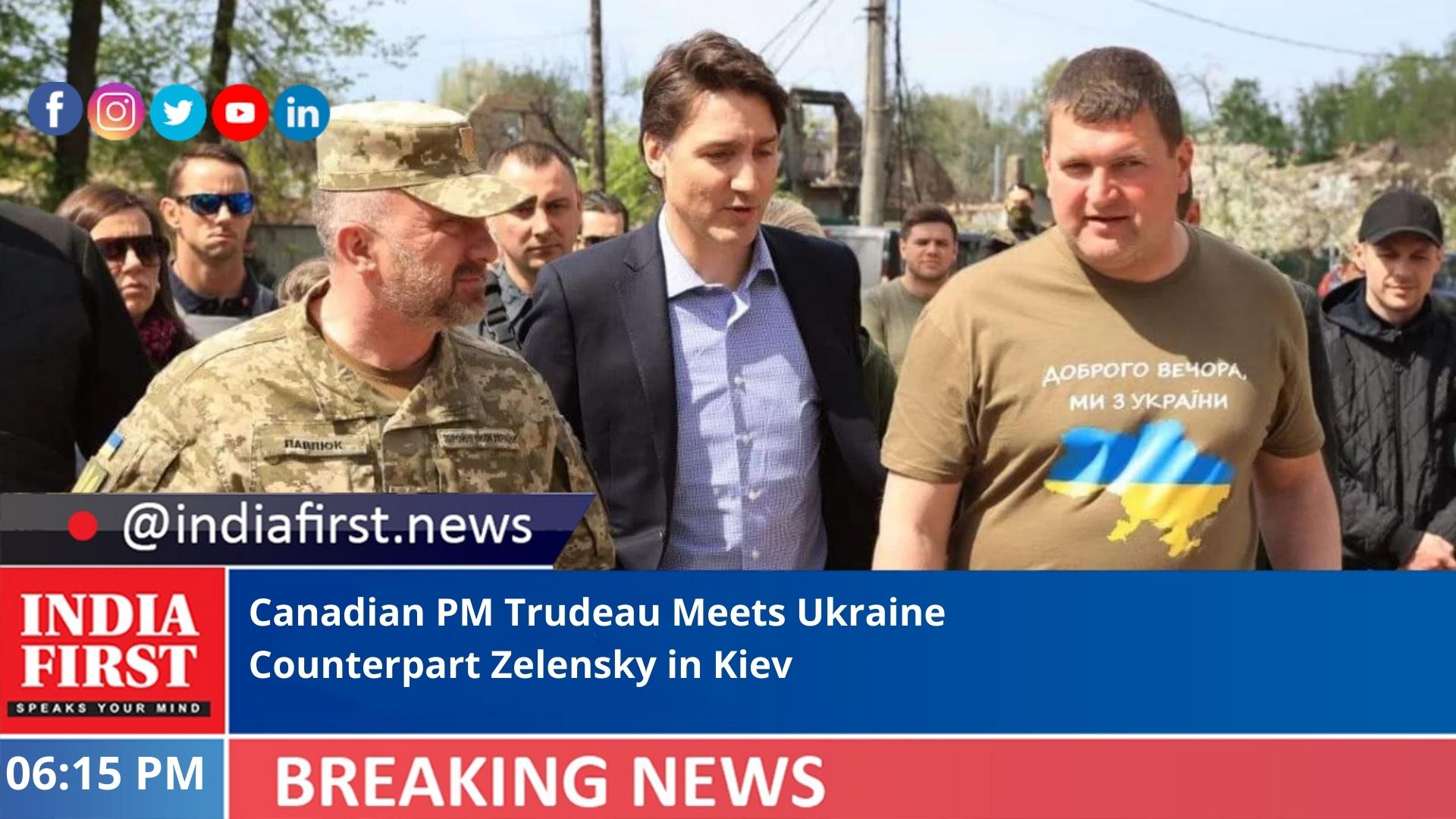 According to an official statement, Trudeau said that Canada would be providing Ukraine with an additional military aid worth of C$50 million ($40 million), including drone cameras, high-resolution satellite imagery, small arms as well as ammunition, reports Xinhua news agency.

The Prime Minister also said Canada will impose new sanctions on 40 Russian individuals and five entities in connection with the Kremlin and Russia’s defence sector.

Trudeau announced the reopening of the Canadian embassy in Kiev, which was closed on February 12.

According to the Ukrainian presidential press service, Zelensky said “Canada’s defence support for Ukraine was discussed in detail”.

Zelensky said negotiations are underway with the Canadian side to lift trade restrictions for Ukrainian exporters and abolish the visa regime for Ukrainian citizens.