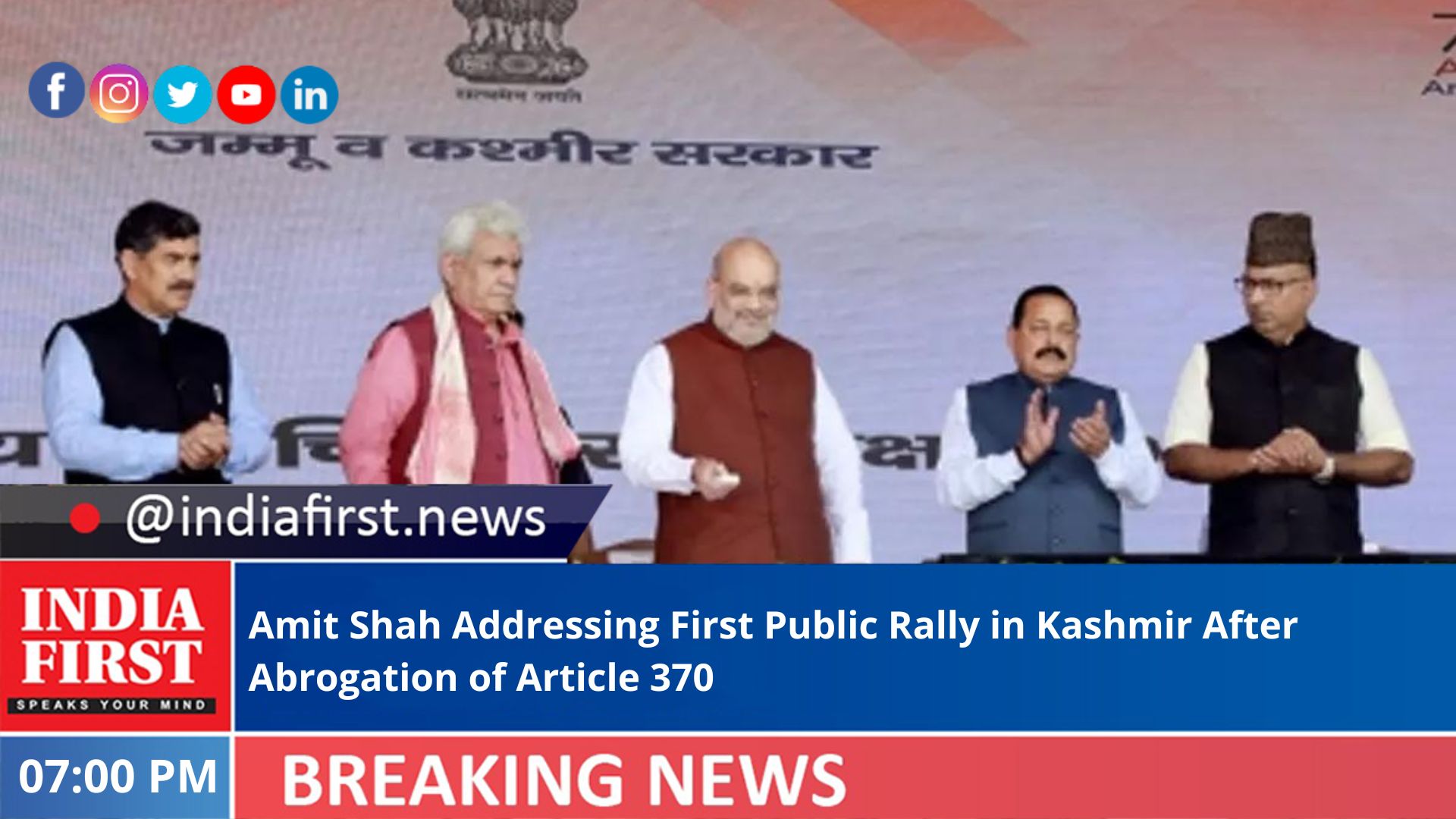 Union Home Minister Amit Shah will address a large public rally in J&K’s Baramulla town on Wednesday where he is expected to announce regularisation of hundreds of daily wagers whose future has been in lurch for over three decades.

All security arrangements are in place for Shah’s Baramulla public rally which is his first such exercise in the Valley after the abrogation of Article 370.

A large number of people from different parts of Baramulla, Uri, Handwara, Tengdhar, Trehgam and other places have already reached Baramulla to attend the rally.

After he addressed a historic public rally in Rajouri on Tuesday, where he assured reservations to the Pahari community of the UT, Shah is likely to announce regularisation of hundreds of daily wagers in J&K whose future is in lurch because successive governments in the state promised them permanent jobs without any results.

Shah chaired the core group meeting of the BJP on Tuesday where he told the party leaders to gear up for the Assembly elections which would be held soon.

He enjoined upon the party leaders to carry the Prime Minister’s message of a new, progressive J&K to the voters.

“After the Centre did so much for every section of the local society, it is now the duty of the people to vote in large numbers to strengthen democracy in J&K,” he told the BJP core group meeting.

He is also scheduled to inaugurate many developmental projects, including the hydraulic entry and exit gates of the spill channel in the World famous Hokersar wetland bird reserve.

He will also chair a high level security review meeting in Srinagar before he leaves for New Delhi in the evening.