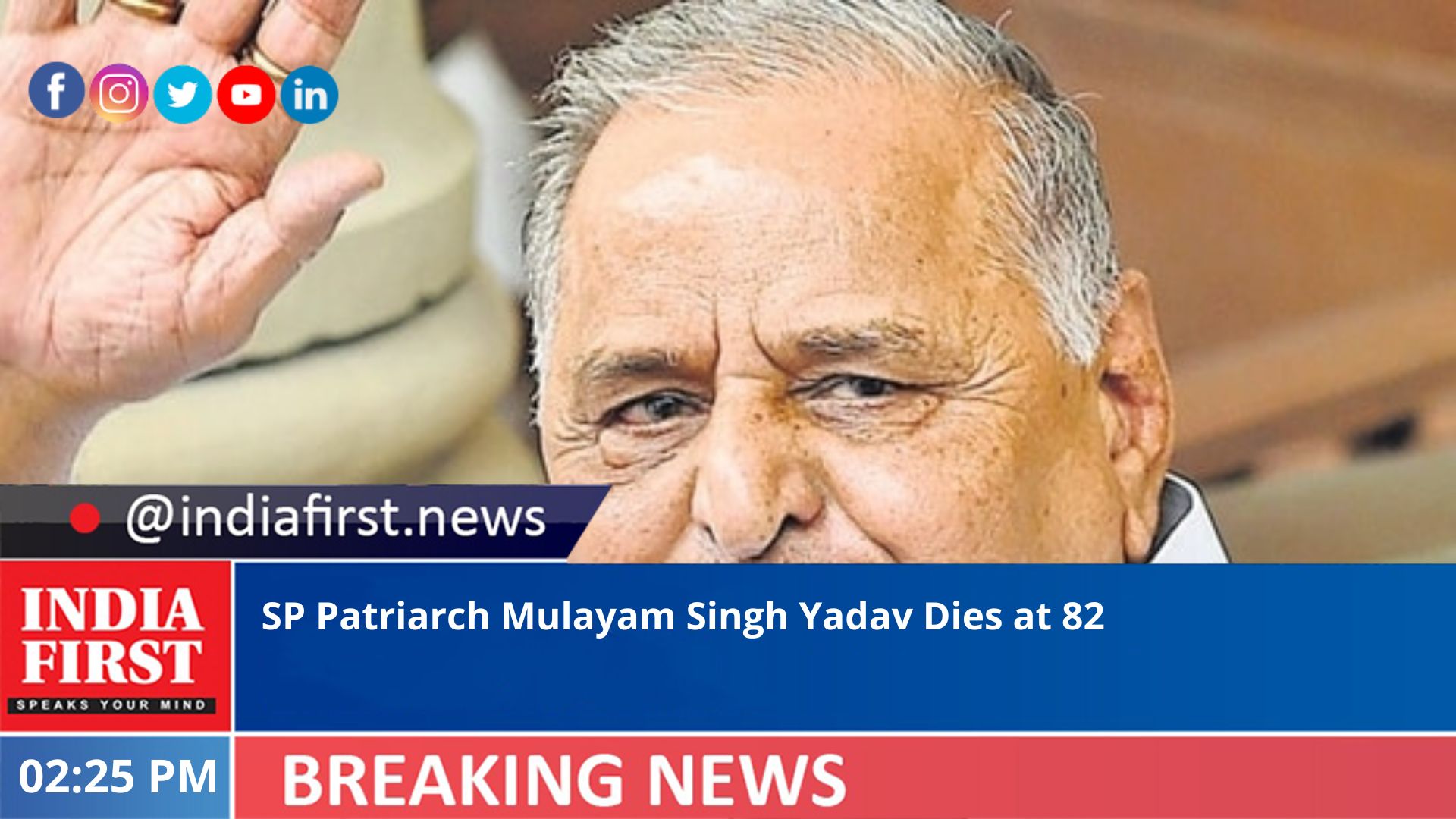 His son and former Chief Minister Akhilesh Yadav tweeted about his demise.

Mulayam Singh Yadav was 82 and had been on life support system since the past one week. He was admitted to the Medanta hospital in Gurugram on August 22.

According to hospital sources, he breathed his last at 8.15 a.m. on Monday.

The 82-year-old Samajwadi Party patriarch was facing difficulty in breathing and was under the supervision of an internal medicine expert at the Medanta Hospital, as per sources. Singh was suffering from a urinary infection as well, hospital sources had said.

On Sunday, Medanta Hospital had put out a health bulletin stating that the veteran leader’s condition was quite critical and that he was on life-saving drugs.