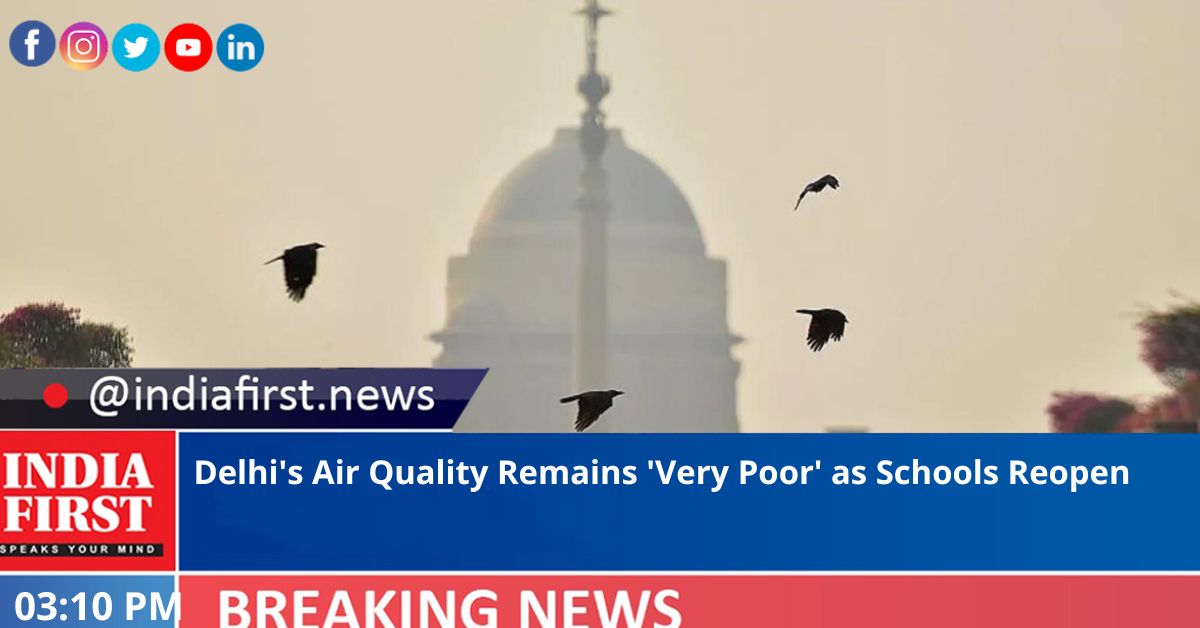 The air quality in the national capital continued to remain in the ‘very poor’ category on Wednesday morning according to the System of Air Quality and Weather Forecasting And Research (SAFAR).

Meanwhile, following the improvement in Air Quality Index in relative terms, the Delhi government on Monday lifted various bans, including the reopening of the primary schools. The primary schools reopened from Wednesday, which were shut down as the Air Quality in the national capital went from bad to worse. The curbs on outdoor activities for secondary school students have also been lifted.

However, the Air Quality Index of Delhi’s neighbouring cities of NOIDA and Gurugram continued to be grim.