Bilawal Bhutto: There Will be ‘Direct Action’ Against Cross-Border Terrorism - India First e Newspaper Skip to navigation Skip to content 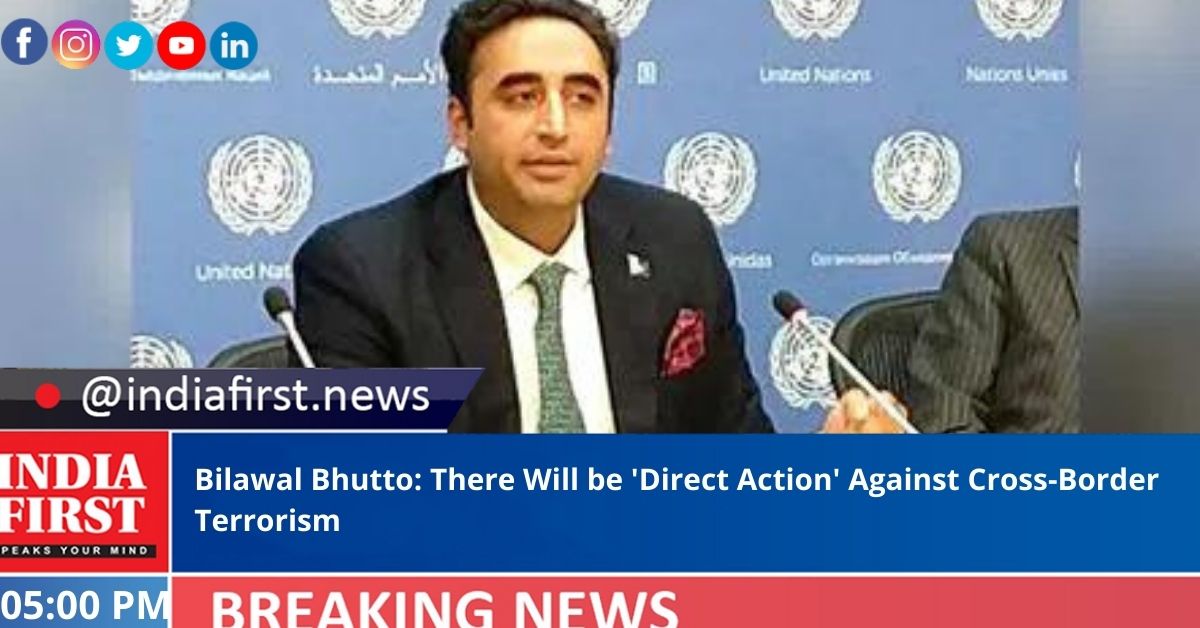 Pakistan Foreign Minister Bilawal Bhutto-Zardari has warned of “direct action” against cross-border terrorism by the outlawed Tehreek-e-Taliban Pakistan (TTP) or other militant groups,.

The Minister made the remarks while addressing an event to commemorate the eighth anniversary of the terrorist attack on Army Public School in Peshawar held at the UN Headquarters in New York on Friday, Geo News reported.

“Pakistan will not tolerate such cross-border terrorism by the TTP or other terrorist groups, like the Balochistan Liberation Army (BLA), which are also receiving financial and other support from hostile quarters. We reserve the right to take direct action against them,” he said.

On Thursday, at least one person was killed while more than a dozen others sustained injuries from across the Afghan border firing. The incident occurred four days after at least seven people lost their lives and 16 others got injured in Chaman after Afghan forces resorted to unprovoked shelling.

Hosted by Pakistan, the event was held as part of the UN’s Office of Counter Terrorism’s “Remembrance of the Victims of Terrorism” campaign.

In his address, the Foreign Minister said 132 children and eight teachers and staff at the school had died in that attack and several others were injured.

The attack was claimed by the so-called TTP, an entity listed as a terrorist organisation by the Security Council and many Member states, he added.

“This terrorist attack was particularly heinous because the clear aim of the terrorists was to kill children. In this sense, it was a targeted attack designed to deal a grievous blow to the morale of the people of Pakistan,” Bilawal said.

He told the gathering that instead, the shock of the APS massacre mobilised the Pakistani nation and motivated it to eliminate all

terrorists from their soil as massive military operations were undertaken to cleanse the frontiers of the TTP and associated terrorist groups, Geo News reported.

“Pakistan’s operations were successful. Our territory was cleared of terrorists. We paid a heavy price — 80,000 civilians and soldiers killed or injured and the economy set back by $120 billion,” he remarked.

However, Bilawal said unfortunately the TTP and some other terrorist groups found “safe havens” and even more frequent attacks have been conducted against Pakistan’s military and civilian targets.

He said the brutal nature of the TTP, and its callous targeting of children in the APS attack, and other crimes should also reinforce the world community’s determination to combat and defeat the TTP, along with other terrorist organisations, like IS-K, operating in Afghanistan, Geo News reported.

He told the participants that Pakistan’s intelligence agencies had “solid proof” of financial and organisational support and direction provided to the TTP.

“We have shared a comprehensive dossier with the Secretary-General and the Security Council containing concrete evidence of such external support to the TTP and other terrorist groups operating against Pakistan.”