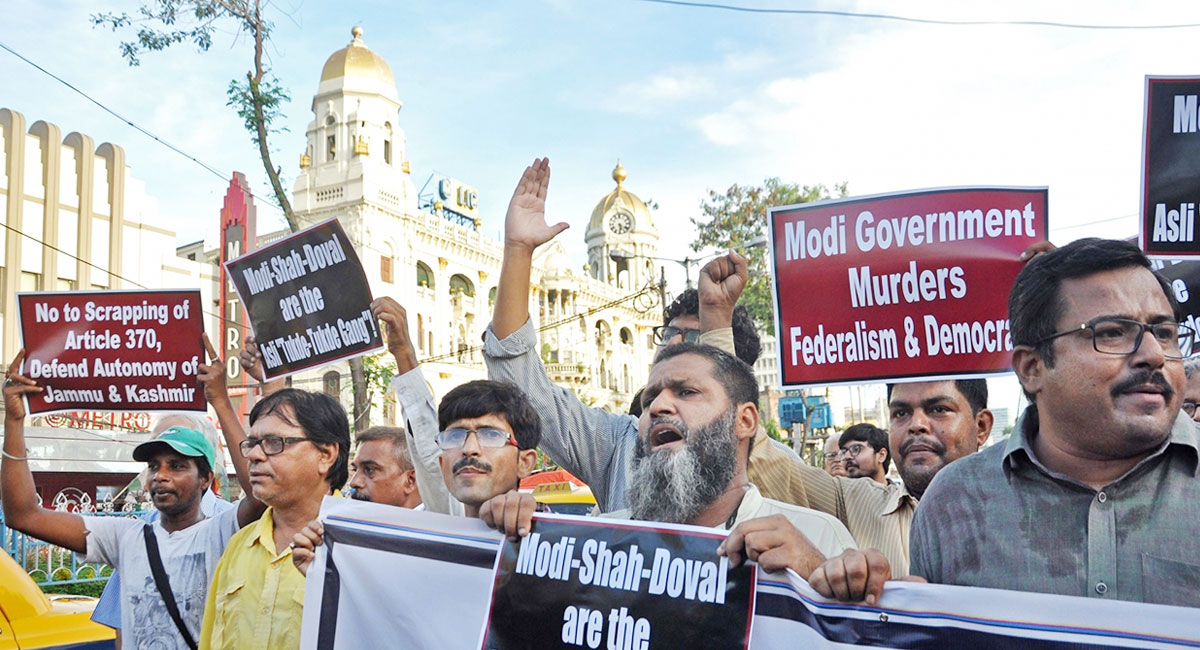 A lot has happened in the country over the past couple of weeks, but the Jammu and Kashmir issue has virtually eclipsed everything else – right from the time when the security advisory was issued for Amarnath Yatra pilgrims on grounds of a supposedly major imminent terror threat in the Valley, up until the state went into lockdown mode indefinitely amidst a curfew and communications blackout following the abrogation of constitutional provisions that earlier afforded it its special status.

What the Narendra Modi government did in Kashmir was actually not so surprising. By scrapping Article 370, the Bharatiya Janata Party leadership only fulfilled a promise that has for long been made in its election manifestos. But the manner in which things were done there was certainly something the nation was not quite used to seeing.

Critics, mostly from the media community and opposition, condemn the Modi government’s move as authoritarian and draconian. Some say the move breached the trust of Kashmiris, while others point to humanitarian concerns rising from the security clampdown in the Valley. However, the Modi government is not losing sleep over it, well aware of the fact that it has the support of the vast majority of Indians not just within the country but across the world. After all, the nation has lost countless lives and resources from the long festering Kashmir problem, and its people had been seeking decisive leadership for a solution since over three decades ago.

Well, now they have it. But perhaps more of it is needed on other equally serious matters.

While the government has been much lauded for doing a long overdue good turn to women of the nation’s Muslim community by putting in place the new triple talaq law that criminalises the medieval Islamic practice of instant divorce, many social observers and experts have been pointing to the institutional failings evident in the dreadfully soul-stirring Unnao rape case and calling for an equally decisive leadership from the government to ensure a safer country for women and other weaker sections of the society, including minorities.

Back in Odisha, the Biju Janata Dal (BJD) government is providing equally decisive, but far less controversial, leadership despite the odds.

Just when the Talcher coal mine tragedy – which involved four deaths and led to a fortnight-long strike – seemed like an unsurmountable problem causing losses worth crores every hour to the state, the sensitive matter seems to have been resolved for good with a tripartite meeting among the villagers, state government and company authorities.

In the meanwhile, Chief Minister Naveen Patnaik was seen leaving no stone unturned to boost Odisha’s economy as he launched well over two dozen projects, worth a total of approximately Rs 5,500 crore, which will create nearly 12,000 jobs.

On the law and order front, too, the BJD boss has responded timely to concerns over rising incidences of rape of minors and kidnapping of children in the state by setting up specialised investigation units and help desks across the state.

With his recently released comprehensive – and scientifically assessed – report estimating the total loss to Odisha from Cyclone Fani, apart from the way his administration dealt with recent floods in the state, Naveen is continuing to make Odisha not only a shining exemplar of disaster management across the world but also a deserving candidate for special category status in India.