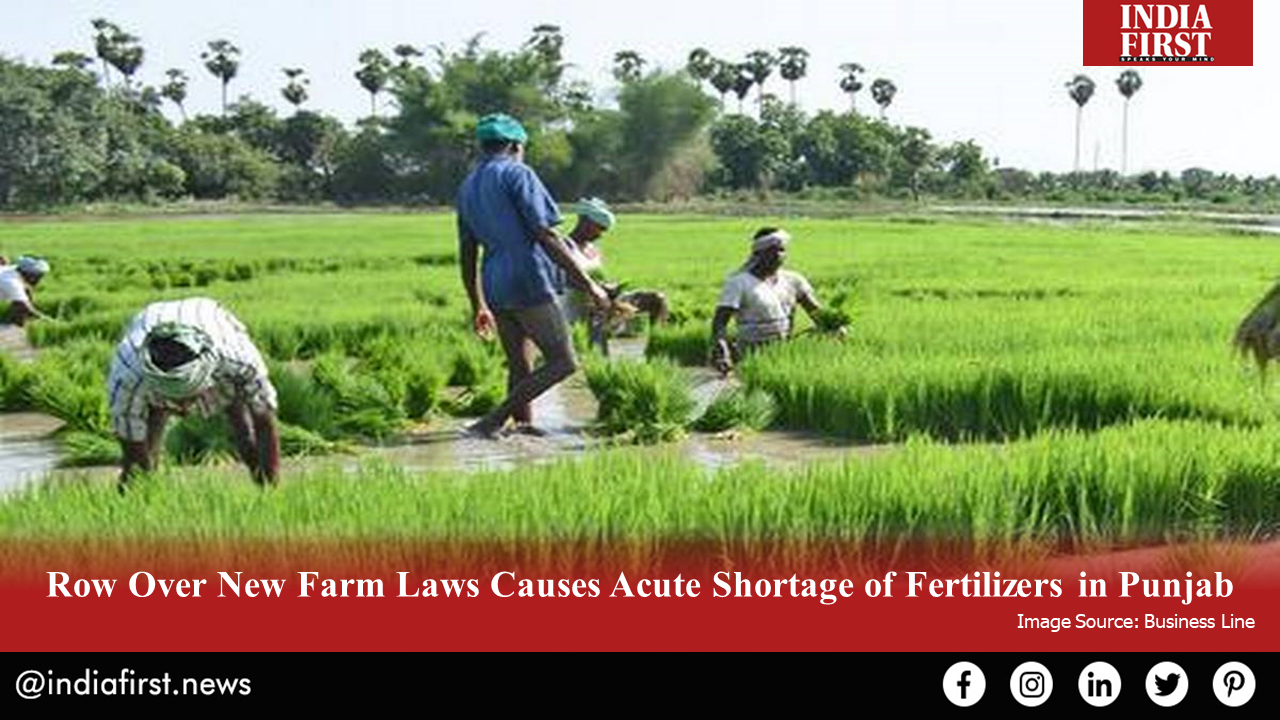 The twin states of Punjab and Haryana that make for the fulcrum of Indian agriculture have been facing roadblocks to economic progress since September this year. After the farm bills were passed in the monsoon session of the Indian Parliament this year and became Acts, the voice of protest against the new laws has only been strengthening amongst the farming population of Punjab and Haryana. Right from the start, the political parties of Punjab – particularly the ruling Congress party and BJP ally SAD – had been protesting against the Farm Bills.

The protests have snowballed into a common cause for some 30 farmers’ associations in the region. Thousands of farmers have organized Rail Roko Andolan from late September onwards and have also organized Chakka Jam that has disrupted the flow of life in the north Indian state.

As if this disruption was not enough, Punjab, whose economy heavily depends on agriculture, is staring at a bigger crisis that can have lasting impact on its agricultural production capacity.

According to experts, the state is set to face a severe shortage of fertilizers in midst of the onset of the rabi crop. As the farmers are getting ready to sow the seeds of the rabi crop of wheat, Punjab could be running out of its existing stock of fertilizers and urea needed as a crop supplement. Some 35 lakh hectares of the state’s farmlands are going to be used for cultivation of the rabi wheat crop. Despite having a stock of 57,000 metric tonnes of urea in the state, farmers are afraid that the existing stock will soon be exhausted as the community is scrambling to sow the fields early.

Given the situation, farmers are resorting to various means to ensure they have enough urea and fertiliser to be used in the fields. Some farmers are not refraining from buying fertilisers at a higher rate than before. Others are bringing in fertilisers from neighbouring states such as Rajasthan. Agricultural experts warn that this season’s yield might be adversely affected if fertilisers are not made available to the farmers at the earliest. The agrarian economy of the state has been suffering since the pandemic has hit, and a high yield of the rabi wheat crop is desperately needed to infuse life back in the economy. In such a situation, the state government has to source fertilizer from outside and sell it to the farmers at a low rate to bail them out of the shortage imminent over the state’s agriculture.