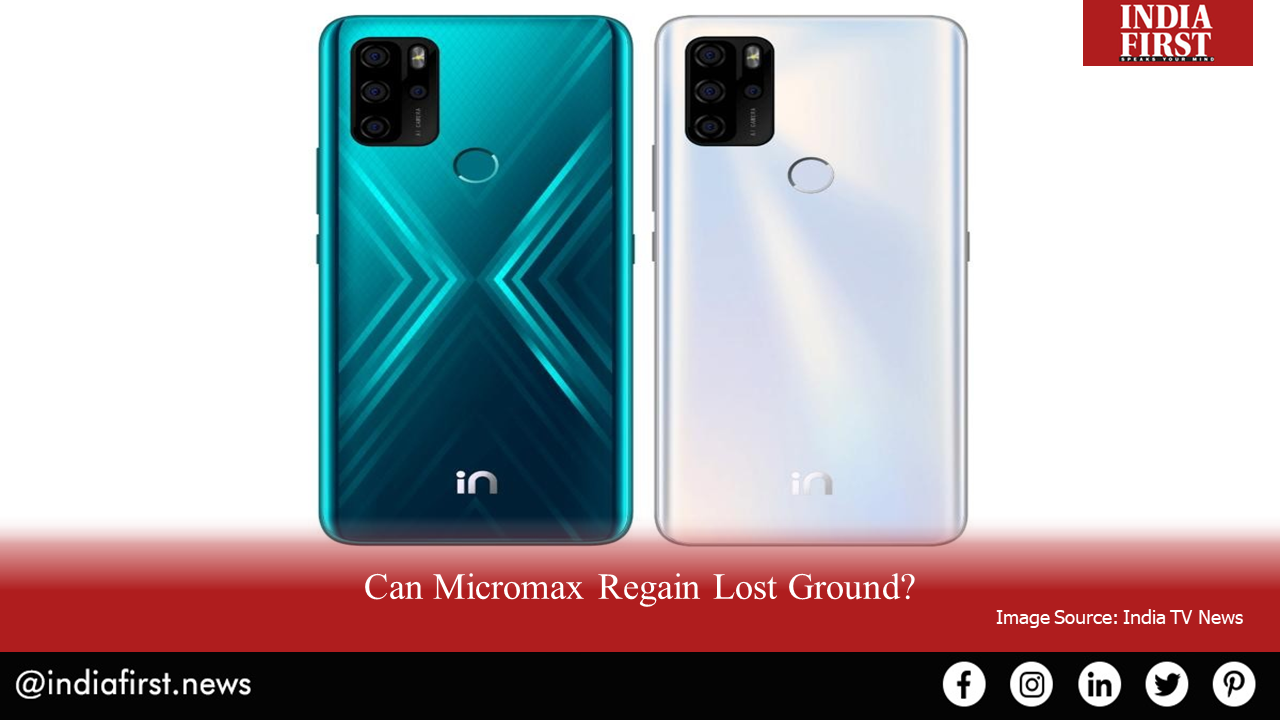 By this time last year, domestic manufacturers of smartphones had bitten the dust what with the influx of cheaper and more-value-for-money Chinese options into the Indian market.

Indian manufacturers, such as Lava, Micromax and Karbonn, that had earlier emerged as promising players on the Indian smartphone market lost their battle with the new Chinese phones that later entered the scene. That is because the latter were not only cheaper but also had better features, performance as well as style.

As most Indians turned to the budget-friendly phones offered by Chinese smartphone companies such as Xiaomi, Vivo and Realme, Indian smartphones lost their sheen and started fading away in the highly competitive smartphone market that saw numerous launches every month.

Had the domestic manufacturers invested wisely in the research and development of new technologies that needed to be integrated into India-manufactured phones, then brands such as Micromax and Lava would not have lost steam on their path to dominating the Indian market and also creating waves in the global market.

As the sales of Redmi, Oneplus, Vivo, and Realme shot up in India, the sales of Micromax and other Indian brands declined to a dismal level. Micromax, which was once touted as the number one indigenous smartphone brand of the country was almost wiped out by the popular wave for Chinese smartphones.

However, with the ongoing Indo-China tensions along the Line of Actual Control steering public sentiment against Chinese products, Micromax is looking recreate the success it had achieved not so long ago. With the government’s focus on making India Atmanirbhar (self-reliant), the Indian smartphone maker has good reasons to be optimistic. It will be easier for the brand to win back customers as people are more keen than ever to use indigenous brands and find alternatives to Chinese smartphones.

It is the best time for Micromax to re-establish itself in the Indian market, because its competitors have considerably weakened.

The smartphone brand that had captured 22% of the Indian market five years ago is looking to regain its territory and its new round of launches consist of some ultra-modern premium phones.

Micromax has recently launched the new Micromax In Note 1, which is in league with popular brands with a Note version. The Note 1 has a new body and design as well as features that were not seen in any of the earlier Micromax phones. The Note 1 has a 6.67 inches long display screen that is bigger than the general size of screens in the range. The smartphone which is priced at nearly Rs 11,000 is better than many other phones in the same range. The Micromax Note 1 has a punch-hole camera with a 16 MP resolution that will help its user shoot the clearest and highly defined selfies. With a stylish and crafted body, the only drawback the phone has is the 20:9 ratio of the screen which is not compatible for single-handed use.

The Micromax In Note 1 has a Mediatek Helio G85 processor which is a powerful processor and improves the entire user experience of the Micromax phone. The phone has two memory variants, one 64 GB and the other 128 GB; both available at different price points. The Note 1 has a 5000 mAh battery that increases its performance. The phone has an Android 10 operating system, and is one of the more modern phones available in a budget of just above Rs 10,000.

The launch of the Micromax In Note 1 marks a powerful return for the handset maker and there are possibilities that a new array of phones will help Micromax reassert its dominance in the Indian market.