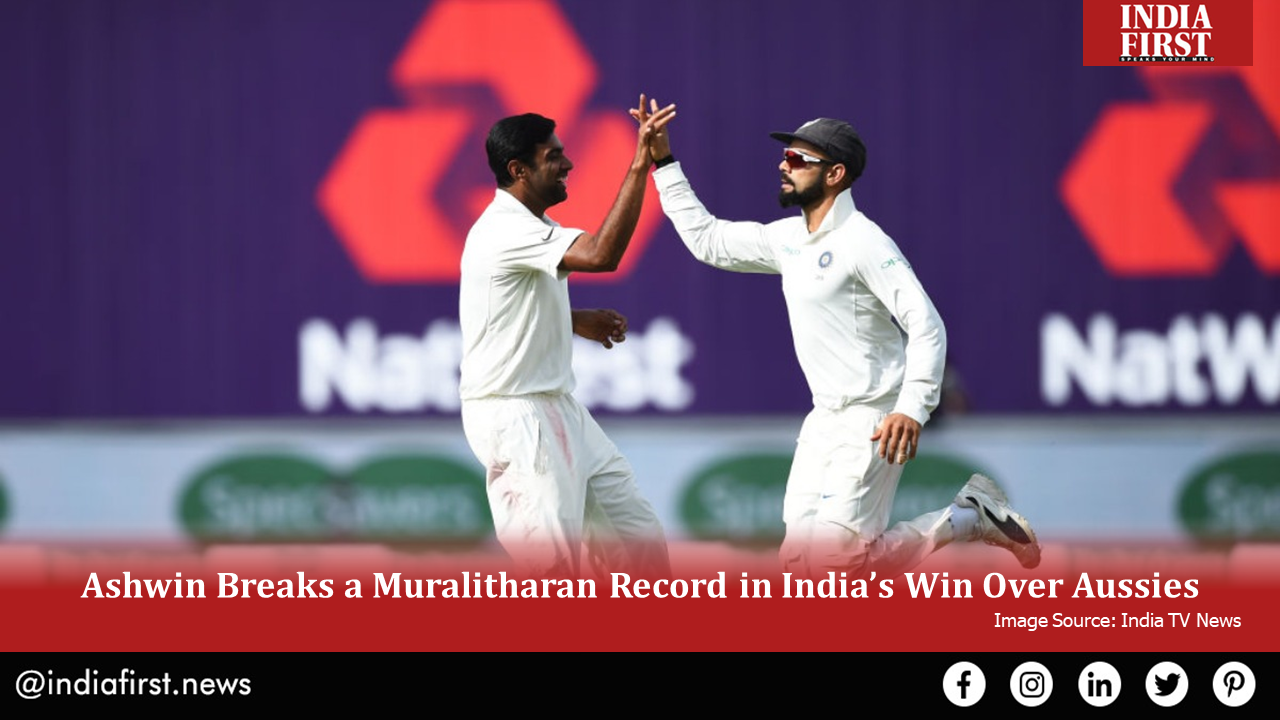 The Australia-India test series has seen many records made and shattered down under during the matches between two of the best test teams of the world. Among them is the one made by the Indian cricket team’s star spinner R Ashwin.

Other bowlers from different teams who lead the list atop which Ashwin sits are James Anderson with 186 wickets, Australian bowling legends Glen McGrath and Shane Warne (172 wickets each), and Indian bowler and former captain Anil Kumble (167 wickets).

Apart from the new record, Ashwin also holds the record of being the third highest wicket taker for India as a spinner with 375 test wickets after Harbhajan Singh and Anil Kumble. Out of the 375 test wickets, the Indian spinner has 254 test wickets at home proving his status as India’s king of spin. The rest of the 121 wickets were taken on pitches away from home.

Such is Ashwin’s prowess as a bowler that Australia’s former captain and star batsman Steve Smith admitted to not having been dominated by any bowler as much as Ashwin.

Steve Smith has been struggling to score in the ongoing Border Gavaskar Trophy series, getting dismissed at 1 by Ashwin in the Adelaide Test and then for a duck in the first innings of the Melbourne Test by Ashwin again.

Acknowledging his sub-par form and performance in the ongoing series, Smith said he had not played Ashwin as well as he would have liked to. He admitted that he wanted to put a little more pressure on the ace spinner but instead succumbed to the pressure himself.

Ashwin has proven to be India’s most dependable bowler in crucial matches because of his wicket-taking prowess and his natural ability to perform under pressure. Debuting in Test cricket in 2011, Ashwin has over time proven to be one of the best spinners ever in the world.