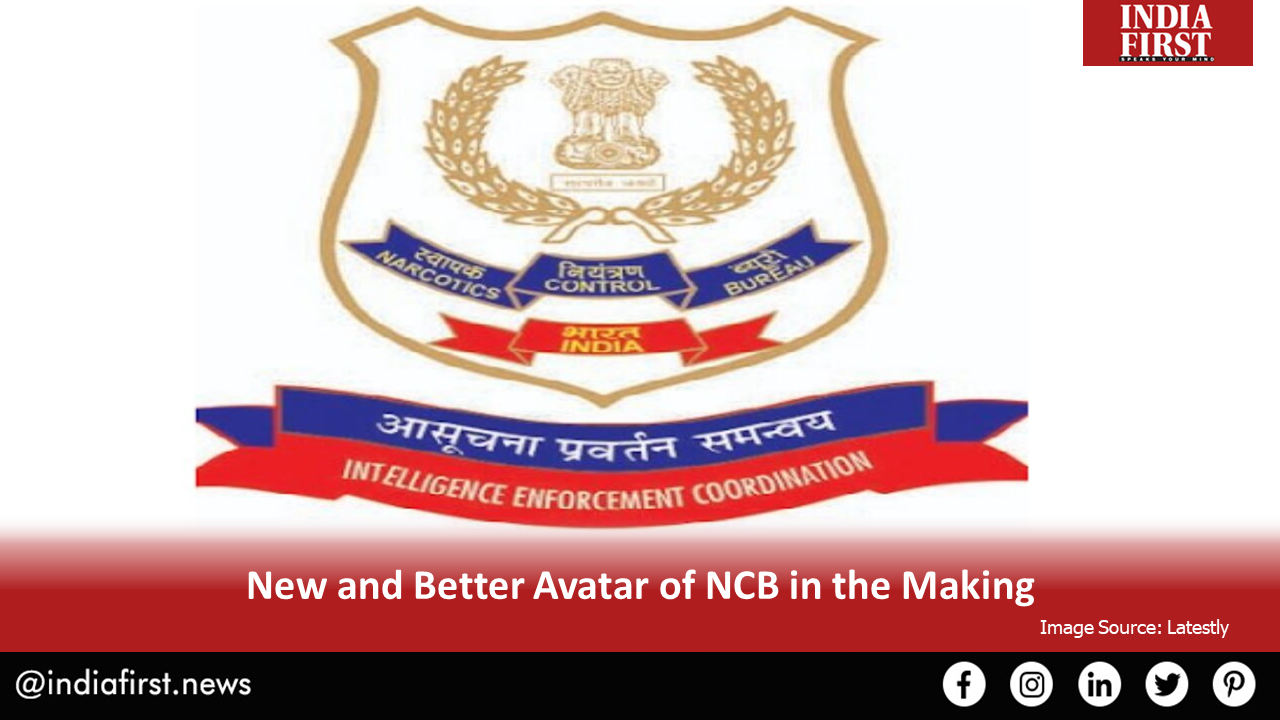 The Narcotics Control Bureau, India’s premier anti-drug trafficking body, is ready for a revamp to do its job more effectively.

In view of the growing menace of drug trafficking in the country, the Central government is planning to “redesign” the “governance architecture” of the Narcotics Control Bureau (NCB) – India’s specialised anti-drug trafficking wing.

The Ministry of Home Affairs is dealing with the plan, and a “revamped proposal is under active consideration”, a government document reveals.

“The proposal aims at redesigning the governance architecture of the NCB, its capacity of investigation and intelligence and making it more professional and effective,” the document says.

Among the redesign plan, the MHA is considering changes on seven key points which is expected to increase the capacity of the organisation, set up on March 17, 1986 as the apex drug law enforcement agency to coordinate actions of various central and state agencies on the issue.

Once the proposal fructifies, the NCB will have necessary technical infrastructure, legal expertise and sufficient manpower to deal with the drug menace effectively.

Creation of 3,689 posts in various grades up to Level 15 is among the steps planned to be taken to redesign the NCB. With the move, its strength will increase from 1,107 to 4,751.

As part of the move, there are plans to set up four new regional offices for the NCB, increasing the number to seven.

It also envisages creation of a dedicated Prosecution Wing to provide for in house legal expertise and taking up all cases filed under Narcotic Drugs and Psychotropic Substances (NDPS) Act.

The NCB will also be provided a canine wing to identify drugs soon after the proposal gets the nod.

There is also a plan to make its Drug Intelligence unit more effective, and the cyber technical cell more efficient to tackle the challenges arising out of modern technological methods used by drug traffickers.

These changes are planned to bolster the NCB’s efficiency as India is signatory to various international drug-related UN conventions and the responsibility of implementation of the provision of these international conventions also lies with the central agency.

Sources said that NCB’s Director General Rakesh Asthana last year submitted a detailed note to the MHA regarding needs of the agency to make it better equipped to deal with the drug menace.

For cooperation and information-sharing at international level, the NCB has entered into agreement or Memorandum of Understanding (MoU) with 42 countries. In addition, the NCB liaise with International Narcotics Control Board (INCB) UNODC regularly.

The NCB has been in news for months last year since it started probing Bollywood actor Sushant Singh Rajput drug case. The actor was found dead in mysterious circumstances at his flat in Mumbai on June 14 last year. A case was later registered by the NCB in August last year in disclosure by the Enforcement Directorate (ED) regarding procurement of drugs like buds. Since then, the NCB has unearthed roles of various people linked to the film industry for their involvement in the trafficking of drugs.