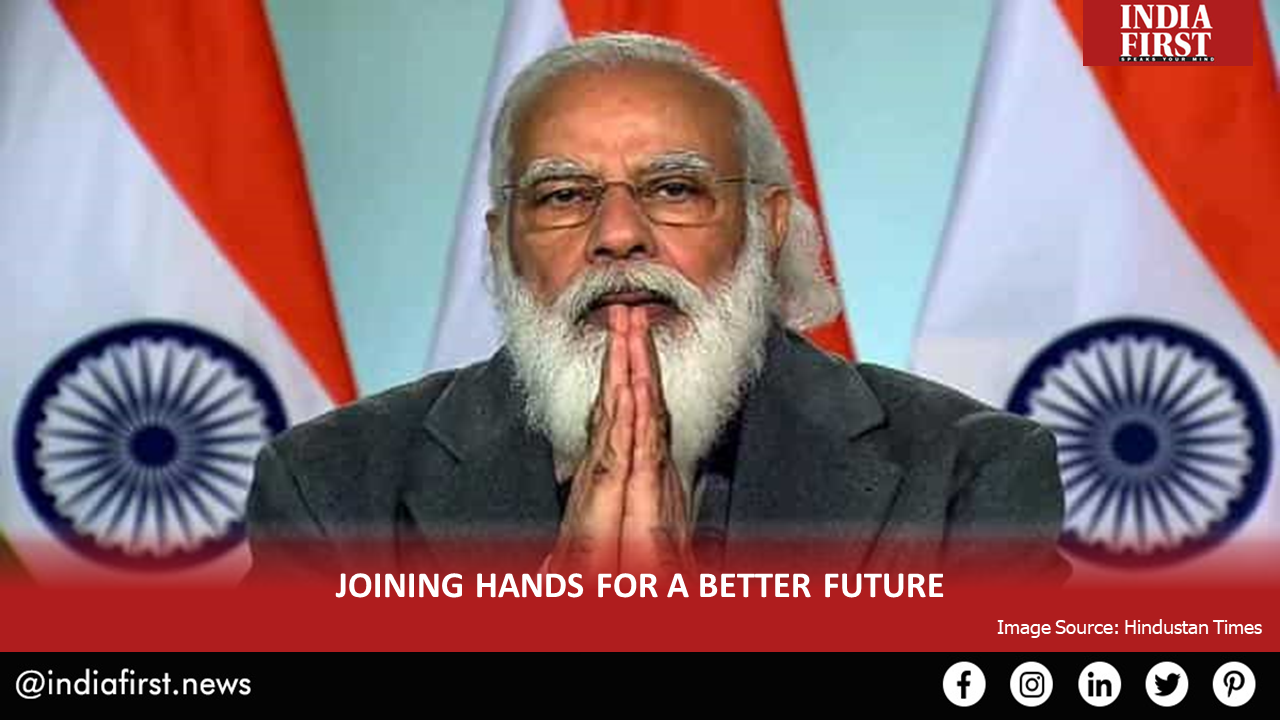 Under the leadership of Prime Minister Modi and Aussie PM Scott Morrison, India and Australia have vowed to work together towards having a less consumption-oriented and more environmentally sustainable world.

Prime Minister Narendra Modi has said today that a strong India-Australia partnership will play an important role in shaping the post-Covid world.

The statement came a day after Australian Prime Minister Scott Morrison vowed to move ahead with his government’s proposed laws that will ensure the US media tech giants like Facebook pay for publishing news media content. Incidentally, the Modi government is also pushing back against the misuse of the US social media platforms for mobilising violence over domestic reforms in India.

Yesterday, Modi had spoken to Australia Prime Minister Scott Morrison on the phone. Both the leaders, while reiterating their commitment to consolidate their comprehensive strategic partnership, discussed regional issues of common interest. The two looked forward to working together for peace, prosperity and security in the Indo-Pacific.

In a virtual address today at the award ceremony of the India Australia Circular Economy Hackathon, Prime Minister Modi said that Indian and Australian youth, innovators and entrepreneurs will be at the forefront of strengthening partnership over the circular economy.

In June last year, Prime Minister Modi and Morrison had discussed the possibility of organising a hackathon on circular economy. Modi said he was glad the idea was realised so soon.

“As humanity faces the challenges posed by Climate Change, the theme of this Hackathon is relevant to the whole world. Consumption-oriented economic models have put a great strain on our planet.

“We must never forget that we are not the owners of all that Mother Earth has to offer, but merely its trustees for all the future generations to come. It is not enough to make our production processes more efficient and less polluting. No matter how fast or slow one drives, if the direction is wrong, then one is bound to reach the wrong destination. And so, we must set the right direction,” Modi said.

Circular Economy, he said, can be a key step in solving many of the challenges. “Recycling and reusing things, eliminating waste, and improving resource efficiency must become part of our lifestyles,” he stressed.

The hackathon has seen innovative solutions from Indian and Australian students, startups and entrepreneurs. “I have no doubt that your innovations will inspire our two countries to take the lead in circular economy solutions. And, for that, we must now also explore ways to scale up and incubate these ideas,” he said.