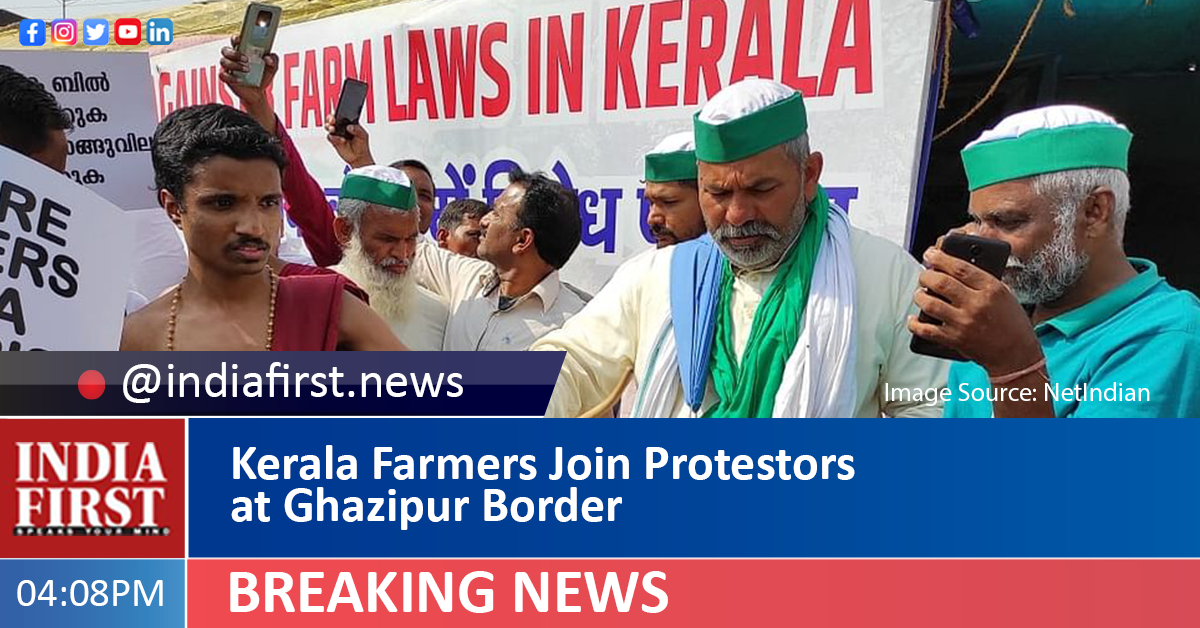 Crowds swelled at the Ghazipur border yesterday as scores of farmers from Kerala joined the Bharatiya Kisan Union (BKU) members who have stayed put on the protest site demanding repeal of the Centre’s new farm laws.

The peasants marked their agitation in a unique way, celebrating the Kerala Day, playing chenda and taking out a march in a traditional manner, that adorned a new look to the site.

Many farmers of north India were dancing into the tune of chenda’s beat, that lent a mini-India look to the site.

National Farmers Coordinator, Vincent Philip, who came from Kerala, said: “The joint farmers in Kerala have got a great opportunity to bring up our issues regarding the pricing of the products.”

Rama, who represented the Delhi-Malayali Union, reached the site and discussed in detail the three new agricultural laws.

Thousands of farmers have been protesting since late November at the Delhi borders with Haryana and Uttar Pradesh, demanding a rollback of the Farmers” Produce Trade and Commerce (Promotion and Facilitation) Act, 2020; Farmers’ (Empowerment and Protection) Agreement on Price Assurance and Farm Services Act, 2020; and Essential Commodities (Amendment) Act, 2020.