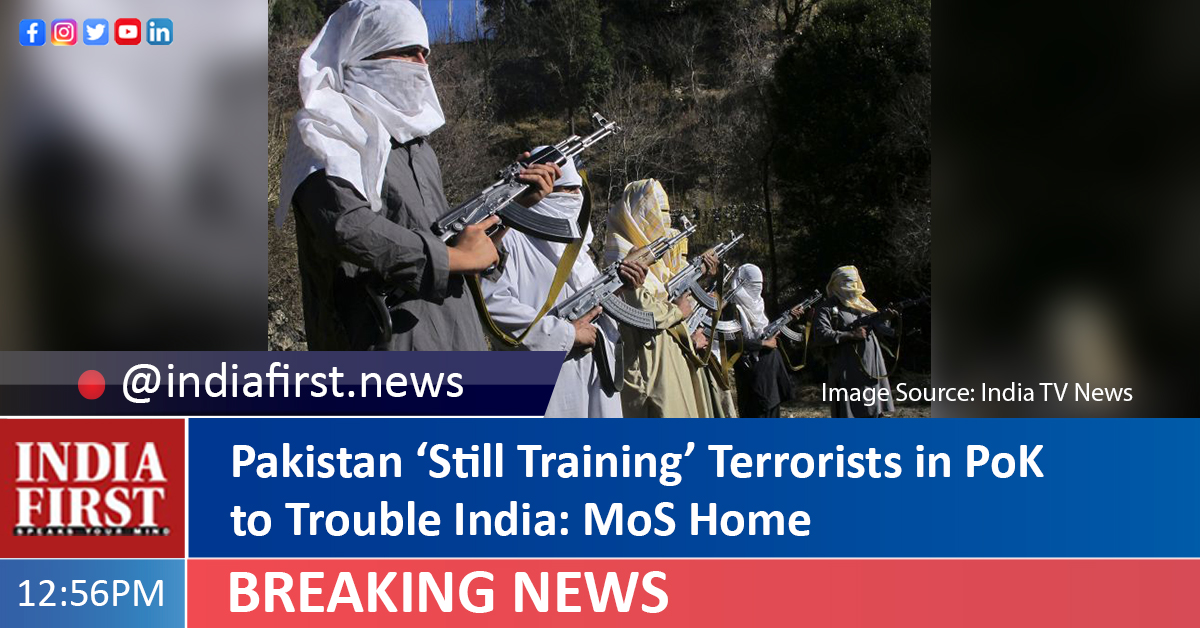 Pakistan is running many terrorist training camps in occupied Kashmir and using them to push terrorists into Indian territories, the government said in the Parliament today.

Replying to a question in the Rajya Sabha, Union Minister of State for Home, G. Kishan Reddy, said the government has consistently pressed Pakistan to put an end to cross-border infiltration of terrorists and dismantle the infrastructure supporting terrorism on a permanent basis.

Reddy added that the government has repeatedly raised the issue of Pakistan’s continued support to cross-border terrorism and terrorist infiltration in bilateral, regional and multilateral fora.

To destroy one such terror camp, India had carried out the Balakot air strike two years ago.

Codenamed ‘Operation Bandar’, the air strike was conducted by the seventh and ninth squadrons of the Indian Air Force.