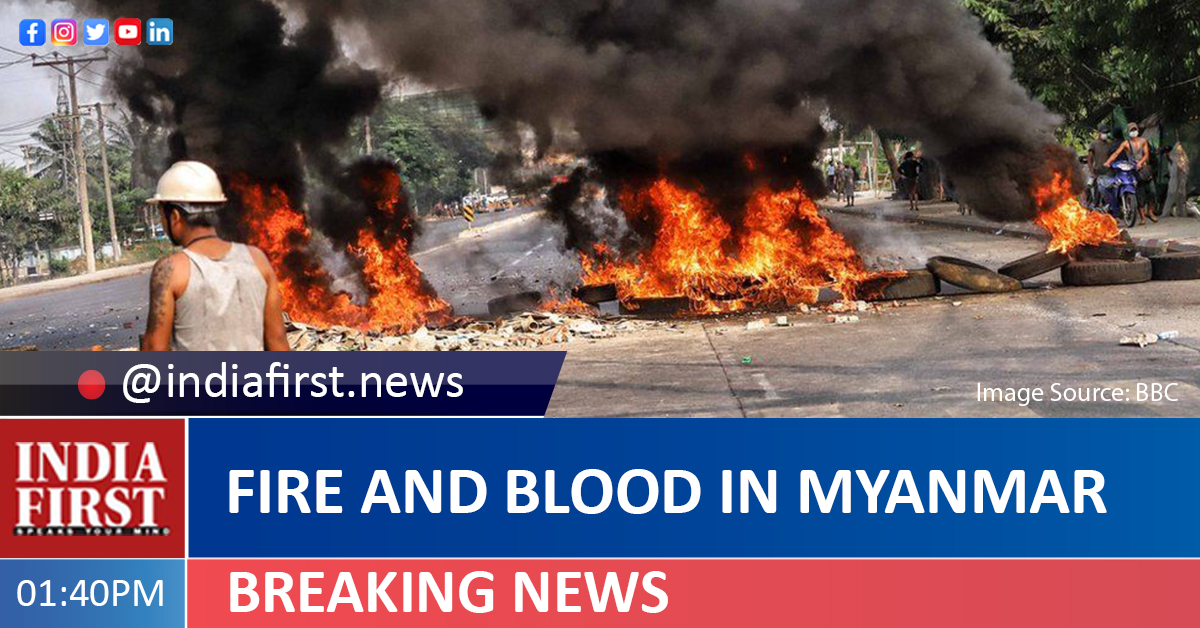 The troubled country is descending further into violent chaos as its military junta clamps down on pro-democracy protesters for increasingly targeting Chinese properties.

Violence by pro-democracy protesters against Chinese properties are mounting in Myanmar and security forces are opening indiscriminate fire to check the attacks.

At least 38 protesters were killed yesterday after two Chinese-financed factories were set on fire and a host of other Chinese properties attacked.

The Facebook page of the Chinese embassy in Myanmar has been bombarded with an unending stream of vitriol blaming the February 1 coup on “Chinese backing and encouragement”, especially after a statement by the mission calling for “punishment” of those attacking Chinese properties.

Many posts in Burmese social media even carried threats to “set fire” to an oil and gas pipeline that connects the China-financed port of Kyaukphyu in Myanmar’s Rakhine state to China’s Yunnan province.

Protesters have been carrying placards saying “Myanmar military coup, Made in China”, reflecting huge Burmese anger over Beijing’s muted response to the coup that has been severely criticised by the West.

India has avoided direct criticism of the takover but expressed “serious concern” at the Myanmar situation and called for “orderly democratic transition”.

“China urges Myanmar to take further effective measures to stop all acts of violence, punish perpetrators in accordance with law and ensure the safety of life and property of Chinese companies and personnel in Myanmar,” the embassy said in a statement.

Myanmar security forces pounced on the protesters setting fire to the factories at Hlaingthaya and opened indiscriminate fire.

The Assistance Association for Political Prisoners (AAPP) claimed that at least 22 protesters had died in the Hlaingthaya firings.

Burmese mediapersons trying to reach the suburbs after reports of indiscriminate firing were blocked off by security forces who told them that “martial law had been declared” in Hlaingthaya and an adjoining district of Yangon.

But Burmese social media carried at least two videos of dead and injured protesters been carried away by their comrades after the firings.

AAPP officials said at least 16 other protestors had died in indiscriminate firings in several other cities like Mandalay and Bago, making March 14 the bloodiest day in Myanmar since the coup.

One policemen was also killed in Bago, they said.

In both places, properties of Chinese jade buyers and bulk importers were attacked, independent mediapersons said.

AAPP officials closely monitoring the Myanmar situation say at least 126 protesters have been killed so far since the country plunged into chaos over fierce public resistance to the military takeover.

Some 2,250 protesters have been taken into custody and only 300 of them, especially those injured, have been released.

Licenses of four Burmese media groups, including the leading multilingual online and TV platform Mizzima, have been cancelled as the junta tries to muzzle the press.