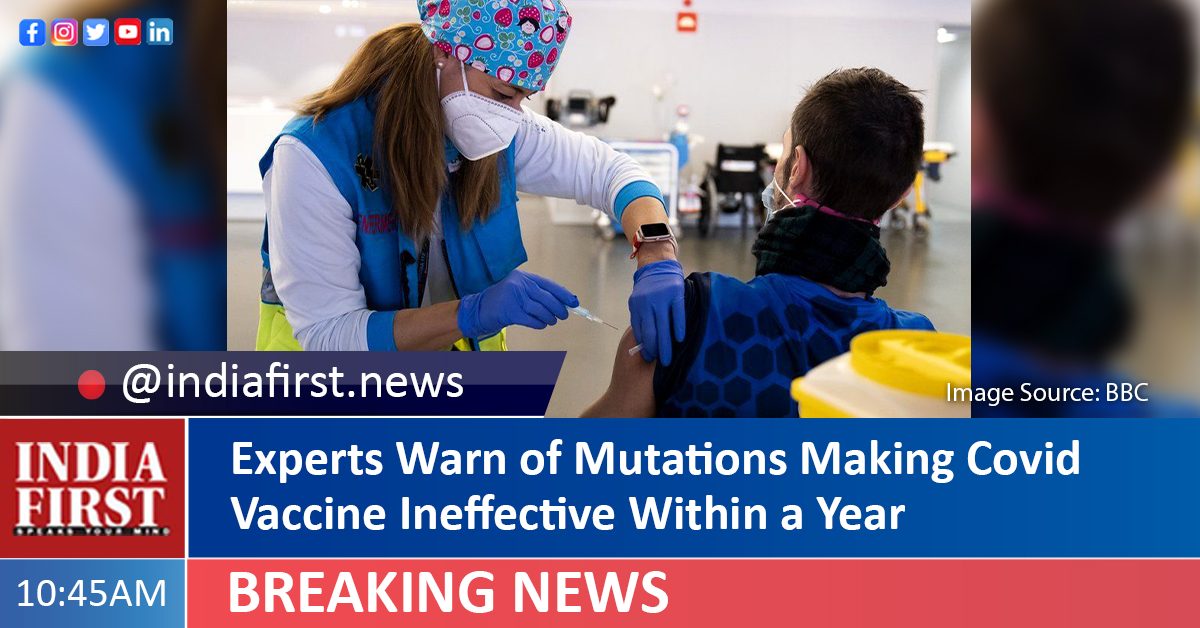 Mutations could render current Covid-19 vaccines ineffective in a year or less, according to two-thirds of 77 epidemiologists, virologists and infectious disease specialists from 28 countries surveyed by People’s Vaccine Alliance.

The results published yesterday deliver a stark warning of the risk the world is taking by failing to ensure all countries have sufficient vaccines to protect people from Covid-19.

Of those surveyed, almost a third gave a timeframe of nine months or less.

Fewer than one in eight said they believed that mutations would never render the current vaccines ineffective.

The overwhelming majority – 88 per cent – said that persistent low vaccine coverage in many countries would make it more likely for vaccine resistant mutations to appear.

The People’s Vaccine Alliance, a coalition of over 50 organisations, including African Alliance, Oxfam and UNAIDS, warned that at the current rate it was likely that only 10 per cent of people in the majority of poor countries will be vaccinated in the next year.

Nearly three-quarters of those surveyed – who included epidemiologists, virologists and infectious disease specialists from institutions including Johns Hopkins, Yale, Imperial College, London School of Hygiene and Tropical Medicine, Cambridge University, the University of Edinburgh and The University of Cape Town — said that open sharing of technology and intellectual property could increase global vaccine coverage.

“The more the virus circulates, the more likely it is that mutations and variants will emerge, which could make our current vaccines ineffective. At the same time, poor countries are being left behind without vaccines and basic medical supplies like oxygen,” Devi Sridhar, Professor of Global Public Health at the University of Edinburgh in Britain, said in a statement.

“As we’ve learned, viruses don’t care about borders. We have to vaccinate as many people as possible, everywhere in the world, as quickly as possible. Why wait and watch instead of getting ahead of this?”

While he didn’t specify a timeframe, Gregg Gonsalves, Associate Professor of Epidemiology at Yale University, echoed the urgency to vaccinate globally.

“With millions of people around the world infected with this virus, new mutations arise every day. Sometimes they find a niche that makes them more fit than their predecessors,” Gonsalves said.

“These lucky variants could transmit more efficiently and potentially evade immune responses to previous strains. Unless we vaccinate the world, we leave the playing field open to more and more mutations, which could churn out variants that could evade our current vaccines and require booster shots to deal with them.”

The survey shows that it is imperative for the safety of all citizens in all countries that people in developing countries are vaccinated as soon as possible. Failure to tackle global vaccine inequality heightens the risk of further mutations.

Despite this imperative, rich country defence of the monopolies of pharmaceutical giants mean that global supplies are being artificially rationed, with a handful of companies deciding who lives and who dies.

The People’s Vaccine Alliance is urging them to reconsider when talks resume at the World Trade Organisation in April.

The alliance is also calling for all pharmaceutical corporations working on Covid-19 vaccines to openly share their technology and intellectual property through the World Health Organization Covid-19 Technology Access Pool, in order to speed up and ramp up the production and rollout of vaccines to all countries.