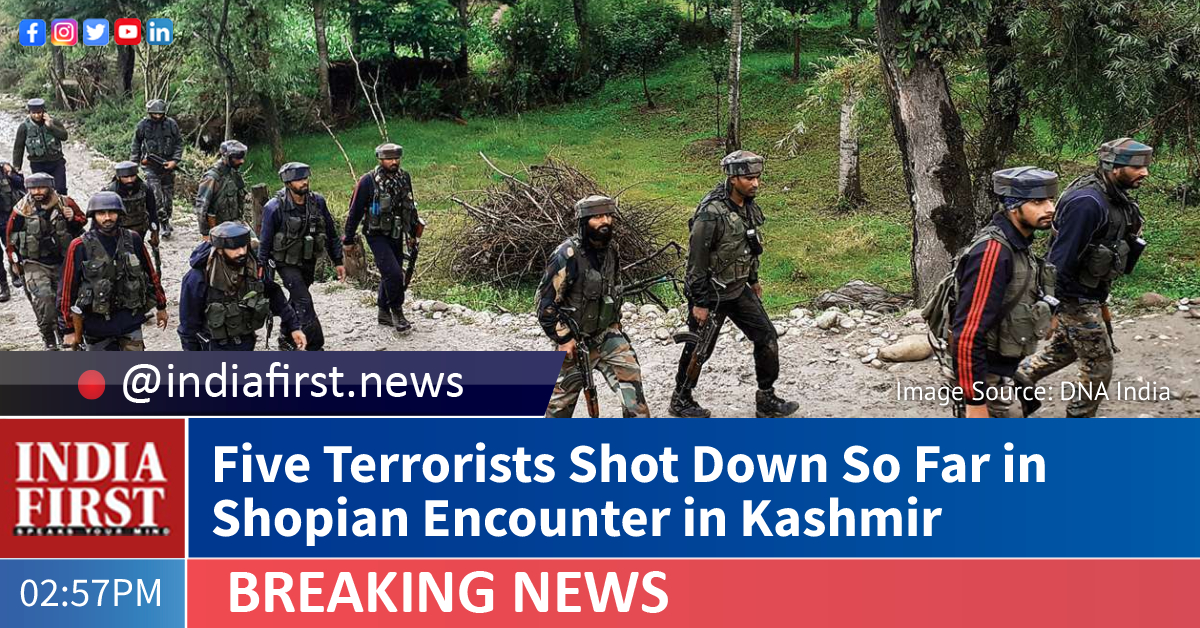 Five terrorists have been killed in an ongoing encounter between the terrorists and security forces in South Kashmir’s Shopian district, police said today.

The gunfight started yesterday after a joint team of the police and the Army cordoned off the area and launched a search operation on the basis of a specific information about the presence of terrorists.

As the security forces zeroed in on the spot where the terrorists were hiding, they came under a heavy volume of fire that triggered the encounter.

After a lull in the night, the gunfight resumed today morning in which two more terrorists were gunned down.

A search operation by the security forces is under way in the area.