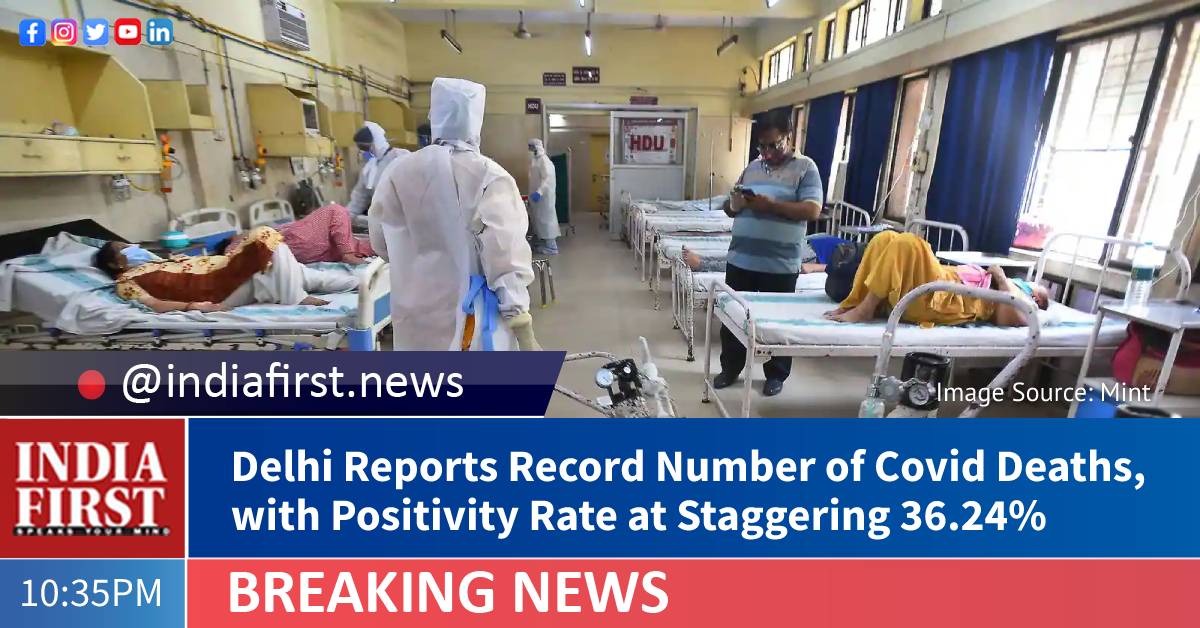 There seems no respite for the national capital from coronavirus as it recorded the highest-ever daily death toll at 306, while equally alarmingly, the city’s positivity rate stood at 36.24 per cent, meaning every third person who underwent the test was infected, according to Delhi government’s health bulletin late yesterday.

As per the report, a total of 19,609 Covid-infected patients recovered in the last 24 hours, taking the total recovery so far 8,51,537 in the national capital.

With the latest deaths, Delhi’s cumulative death toll rose to 13,193.

Delhi has been logging over 25,000 cases for days now. The huge numbers have converted its hospitals to battle zones where for the past three days, the doctors have been fighting to save patients amid a massive shortage of beds and most crucially, oxygen.

Outside many hospitals, desperate relatives of patients could be seen waiting, many in tears, appealing for a bed and treatment for their loved ones.

Since morning, several private hospitals in Delhi said they ran out of oxygen, and two approached the High Court for relief. Late in the evening, the Delhi government listed several hospitals which were completely out of supplies even as other hospitals flagged shortages to press and on social media.