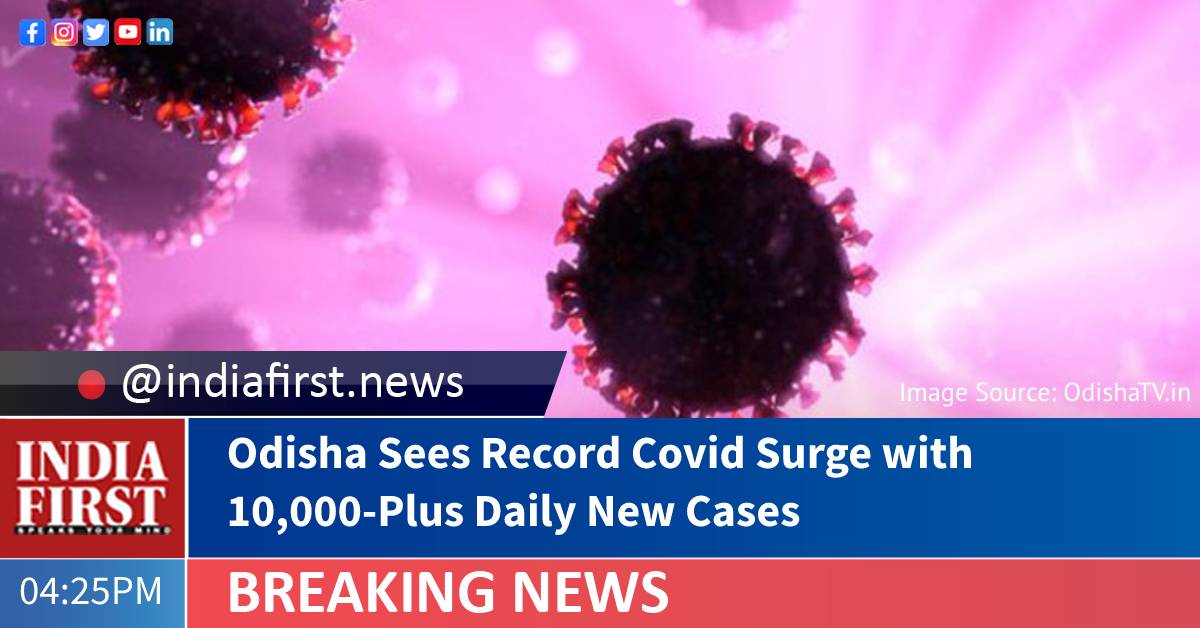 Odisha crossed the dreaded five-figure mark as it registered its highest ever single-day Covid count with 10,413 cases from the past 24 hours today, according to official data.

Of the new cases reported from its 30 districts during this period, 5,887 were detected from quarantine centres and the remaining from contact tracing, as per figures released by the state’s Information and Public Relations (I&PR) Department.

The dreaded virus has claimed 11 lives in Odisha over the past 24 hours, with Khordha district accounting for four fatalities, Sundargarh two, while Puri, Boudh, Rayagada, Koraput and Kalahandi saw one death each.

In light of the currently critical situation, the Odisha government has advised people testing Covid-positive against making a panic rush to hospitals unless their condition demanded it.

The state’s additional chief secretary, health, Pradipta Kumar Mohapatra, released a video message requesting infected people to undergo treatment in home isolation and not get admitted at hospitals unless absolutely necessary so that there would be enough hospital beds for critically ill Covid patients.