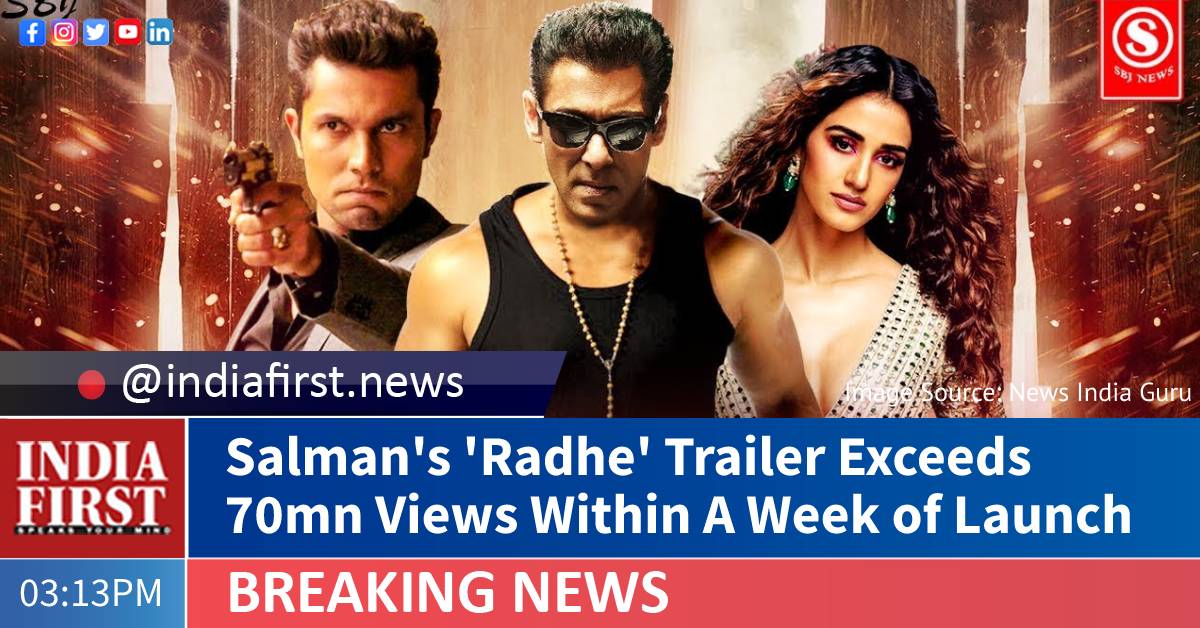 The trailer of Salman Khan’s upcoming film “Radhe: The Most Wanted Bhai” has crossed over 70 million views across platforms. The trailer has scaled the top spot on YouTube and is at the third spot on Twitter.

“Radhe” also stars Disha Patani, Randeep Hooda, Jackie Shroff and Megha Akash, and is directed by Prabhu Deva. Slated to open on Eid, May 13, the film will open in big screens as well as be launched on the digital pay-per-view channel ZeePlex.