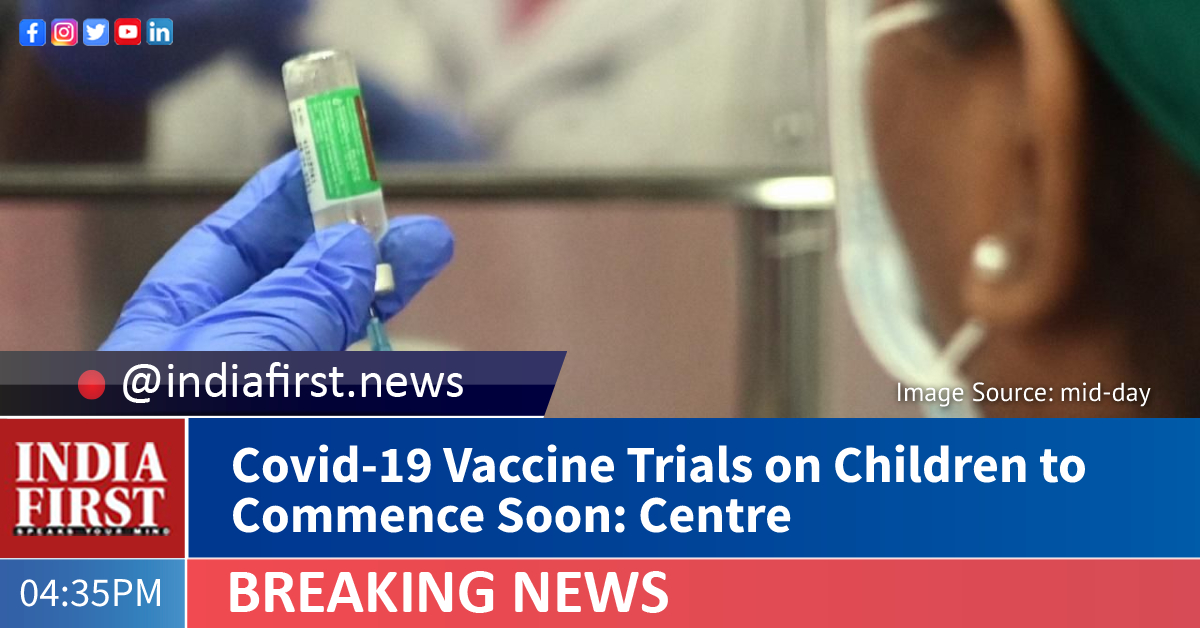 The Central government has announced that Covid-19 vaccine trials on children in the country would begin soon.

Member (Health) in NITI Aayog and the chair of National Expert Group on Vaccine Administration for Covid-19 (NEGVAC), Dr Vinod K. Paul, made the announcement on behalf of the government while clearing several myths on India’s Covid-19 vaccination programme doing the rounds.

Clarifying one such myth that the Centre is not taking any step to vaccinate children, Paul said: “As of now, no country in the world is giving vaccines to children. Also, WHO has no recommendation on vaccinating children.”

Paul, however, said that there have been studies about safety of vaccines in children, which have been encouraging.

“Trials in children in India are also going to begin soon. However, vaccinating children should not be decided on the basis of panic in WhatsApp groups and because some politicians want to play politics,” Paul said.

Paul further said that the decision in this regard is taken by our scientists after adequate data is available based on trials.

He also made it clear that the Centre is allotting enough vaccines to the states in a transparent manner as per agreed guidelines and they are also being informed in advance of the vaccine availability.

Paul also announced that vaccine availability is going to increase in near future and much more supply would be possible.

“In the non-Government of India channel, states are getting 25 per cent of the doses and private hospitals are getting 25 per cent doses. However, the hiccups and issues faced by the people in the administration of these 25 per cent doses by the states leave a lot to be desired. The behaviour of some of our leaders, who in spite of full knowledge of the facts on vaccine supply, appear on TV daily and create panic among the people is very unfortunate. This is not the time to play politics. We need everyone to unite in this fight.”

He also said that three other companies will start production of Covaxin apart from enhancing Bharat Biotech’s own plants, which have increased from 1 to 4.

“Covaxin production by Bharat Biotech is being increased from under 1 crore per month to 10 crore month by October.”

Additionally, the three PSUs will together aim to produce up to 4 crore doses by December.

“The Government is also ensuring in partnership with Russia that Sputnik will be manufactured by six companies coordinated by Dr Reddy’s. The Union Government is supporting efforts of Zydus Cadila, BioE as well Gennova for their respective indigenous vaccines through liberal funding under Covid Suraksha scheme as also the technical support at national laboratories.”

Paul said that the development of Bharat Biotech’s single-dose intranasal vaccine is proceeding well with Central government funding, and it could be a game-changer for the world.

The estimate of production of over 200 crore doses by our vaccine industry by the end of 2021 is the result of such efforts and unstinted support and partnership.