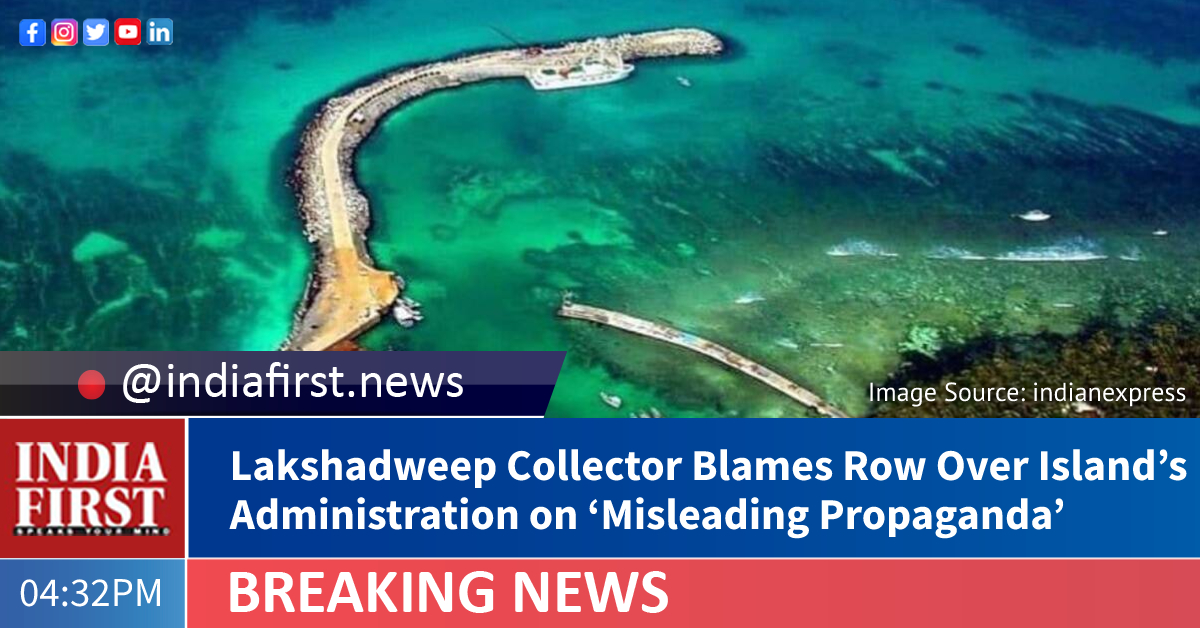 With Kerala’s opposition parties up in arms over the various media reports about the manner in which Lakshadweep is being run by new administrator Praful Patel, the collector of the island, S. Asker Ali said all that is happening now is because of a misinformation campaign.

Ali arrived in Kochi at a time when the ruling CPI-M-led Left and the Opposition Congress-led UDF have slammed the way Patel is going about things on the island.

Speaking to the media, Ali said the changes that are happening on the island are for its wholesome development.

“Some vested interests are behind the smear campaign that’s presently going on with misleading propaganda,” said Ali.

“Maldives lies next to the island and there the biggest activity is tourism, while despite the island also having the same facilities, tourism has not picked up. We are now developing three new tourist spots. Likewise, there is a problem of internet connectivity and to resolve that Prime Minister Narendra Modi has sanctioned an underwater cable and once done, it will change the issue of connectivity,” said Ali.

He said the sanctioning of liquor outlets is only for the tourism industry. The airport will be developed for big aircraft to land as now only small ATR aircraft can land on the island.

He pointed out that of late there have been huge seizures of drugs and arms and ammunition from some parts of the island.

“There have been reports of drug abuse on the island and the new Anti-Social Act will be used only against those who violate the laws,” said Ali.

He said that steps are being taken for value addition to coconut and fish as these are the two mainstays of the island.

“In a year the coconut production stands at 10 crore coconuts and 25,000 tonnes of fish, of which more than 90 per cent is tuna fish. We are now getting ready for value addition in both these products, which will bring increased revenue for the stakeholders. Already ice plants have been set up on the island and more will be set up soon. The Coconut Development Board is also now associating for value addition,” added Ali.

Ali’s response has come at a time when the Kerala Assembly is all set to come out with a unanimous resolution against Patel. Already both the ruling Left and the Congress led UDF have asked for the immediate withdrawal of Patel from the post he holds.