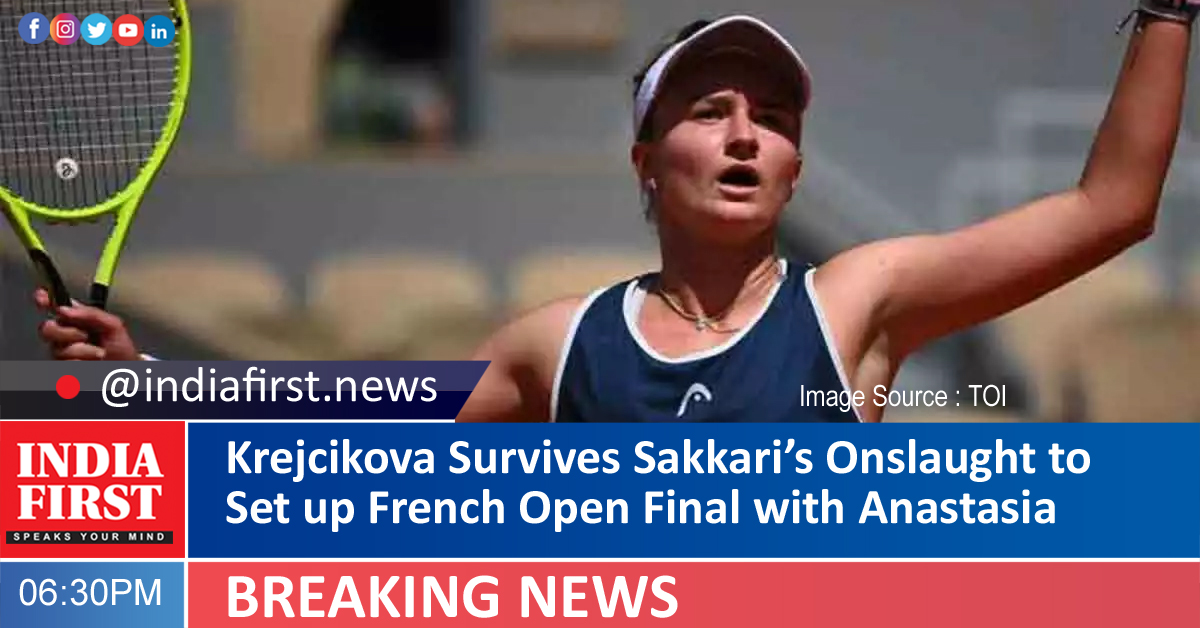 Barbora saved a match point at 5-3 in the third set and went on to win the titanic battle in three hours and 18 minutes.

Barbora will play first-time Grand Slam finalist No.31 seed Russian Anastasia Pavlyuchenkova, who defeated world No.85 Tamara Zidansek of Slovenia 7-5, 6-3 in one hour and 34 minutes in an earlier semi-final encounter.

On an 11-match winning streak, Barbora needed five match points over two games. She duly subdued the challenge from the Greek player and improved to 3-0 in their head-to-head rivalry.

Earlier, Anastasia, 29, became the first woman to play more than 50 major tournaments before reaching a final, having made her Grand Slam debut as a 15-year-old wildcard entrant at the Wimbledon in 2007.

Italian Roberta Vinci, who was the 2015 US Open runner-up in her 44th main draw, held the previous record.

This tournament is the 52nd time that Anastasia has made the main draw of a Grand Slam event.

Anastasia is the first Russian woman to advance to a Grand Slam final since 2015, when Maria Sharapova reached the title round of the Australian Open where she lost to Serena Williams of the US.

The win takes Anastasia into her 21st career final. Her last entry in a final was in 2019 in Moscow. Her first entry into a final was at Monterrey in 2010, where she defeated Slovak Daniela Hantuchova to win the title.

If Anastasia wins, it will be her first title since winning the 2018 Strasbourg tournament. In all, she has won 12 career titles.

Anastasia has been the ‘junior’ opponent to No. 3 Aryna Sabalenka, No. 15 Victoria Azarenka and No. 21 Elena Rybakina in her earlier matches. And now she is the ‘senior’ pro left in the contest.

Anastasia’s career-high ranking has been world No.13, achieved in July 2011. She has reached the quarterfinals in six majors.

Tamara, on the other hand, became the first player from Slovenia to reach the last-four stage of a Grand Slam.