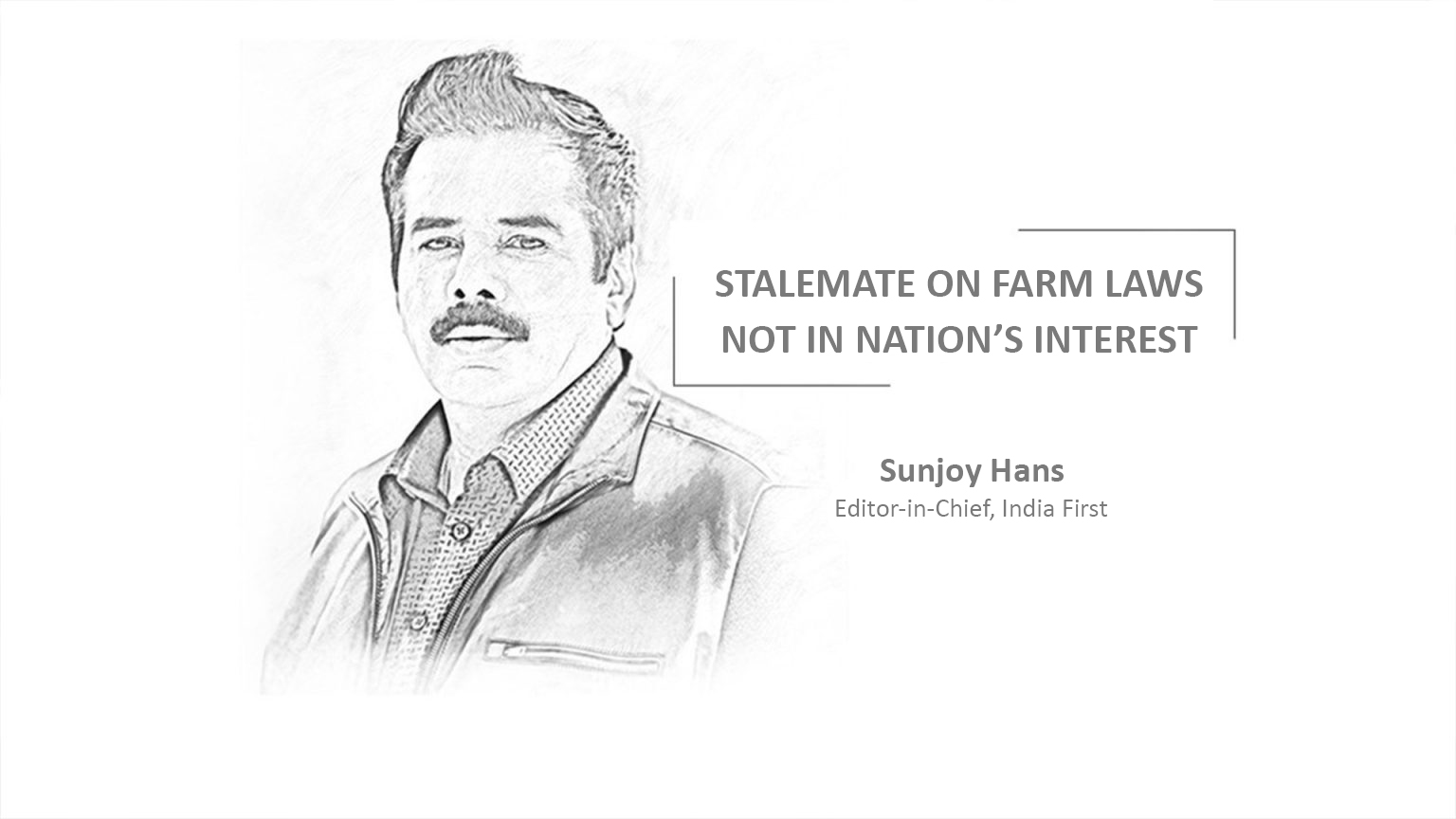 The continuing stand-off between the Centre and a section of farmers over the three new farm laws does not augur well for the country. The agitation of the farmers, who want nothing short of complete repeal of the three laws – The Farmers’ Produce Trade and Commerce (Promotion and Facilitation) Act, 2020, The Farmers (Empowerment and Protection) Agreement of Price Assurance and Farm Services Act, 2020, and The Essential Commodities (Amendment) Act 2020 – passed by the Parliament in September last year has neither benefited the farmers nor done any good to the image of the country.

On the other hand, there are allegations of the agitation being sponsored and funded by strong vested interests. The argument in favour of the agitation being backed by money bags with a big stake in the farming business is that the farmers would not have been able to sustain the movement for such a long time without someone bankrolling it.

What’s worse, the agitation leaders who see no point in negotiating with the government which has ruled out repeal of the laws, have failed to ensure COVID-appropriate behaviour at their camps and rallies. The country also had to watch the shameful sight of thousands of agitating farmers storming the Red Fort complex on Republic Day this year defying all norms of civilized behaviour. Instead of holding a peaceful “tractor rally”, as per their promise, they indulged in the worst kind of violence.

The Republic Day violence made it absolutely clear that it was a sponsored agitation and there was a definite agenda behind it. The incident also strengthened the resolve of the NDA government to deal with the agitation in the strictest possible manner even though it has kept the door open for negotiations.

As was made clear by union agriculture minister Narendra Singh Tomar, the government is willing for talks with farmers on the provisions of the laws but the demand for repeal was unacceptable.

As it is, Prime Minister Narendra Modi remains committed to the welfare of country’s farmers and wants them to be free from the clutches of exploitative middlemen. He wants members of the farming community to be self-reliant. In fact, the new laws were passed with the intent of making the lives of farmers better.  They are meant to ensure complete transformation of country’s farm sector with the empowerment of farmers across the country.

The Prime Minister himself has been emphasizing this fact and has assured that these legislations will help liberate the farmers from the clutches of middlemen and free them from many other constraints that have been hindering their progress for decades. He has also asserted time and again that farmers’ interests will be protected at all costs with his government committed to making their lives better.

The laws are expected to provide impetus to efforts to augment the income of the farmers with the aim of ensuring their long-term prosperity. Opposing those is not in the interest of the country.