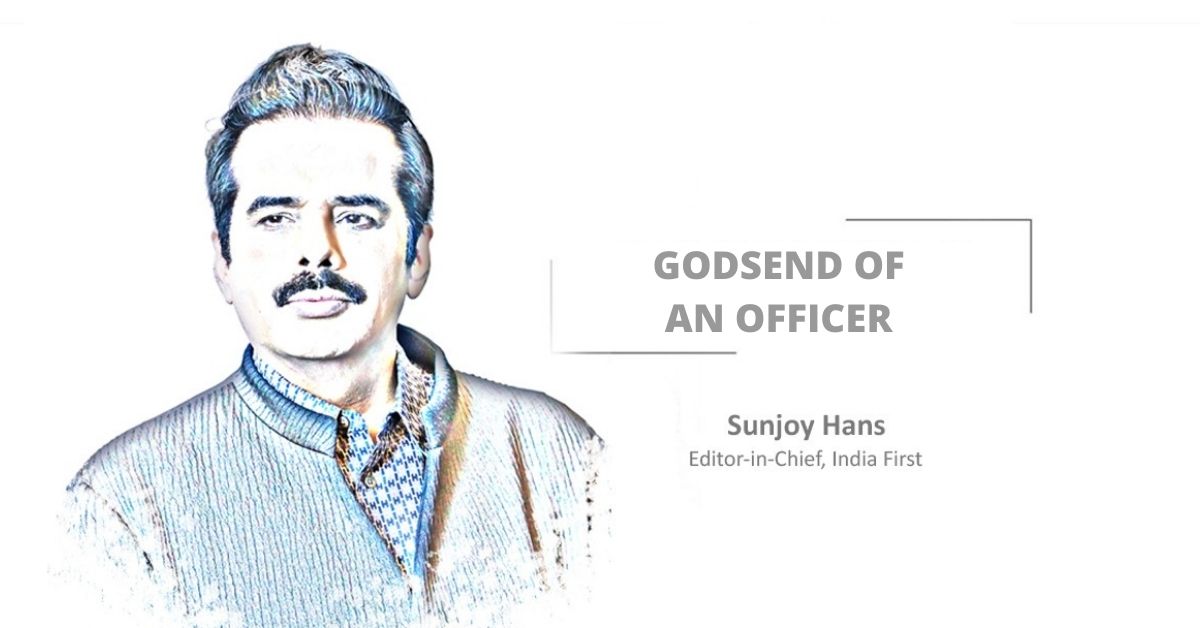 The 12th Century Shree Jagannath Temple in Puri is the most sacred place in the state and also among the four ‘dhams’ (holy places) of the Hindus. Its religious and spiritual significance cannot be overemphasized. But managing the affairs of this high-profile holy shrine, which is visited by devotees from across the country and even from abroad, is a daunting task. However, Krishan Kumar, who is perhaps the youngest chief administrator of this fabled temple, has been delivering the goods admirably.

Unlike some of his predecessors, who faced controversies during their tenure, Kumar has been conducting the affairs of the temple smoothly and with the full cooperation of the sevayats (servitors) who play the most important role in the performance of the daily rituals of the deities. One of the greatest achievements of Kumar, who also happens to be commissioner-cum-secretary of the Works department, has been the smooth conduct of the Rath Yatra of the deities with strict observance of COVID-19 protocol.

Organising the most important event in Odisha’s religious calendar amidst a COVID-19 pandemic was a huge challenge – more so because it had to be held without the participation of the general public. The government had made it clear that the festival had to be organized sans devotees and with strict observance of COVID protocol.

Kumar, who is known for his efficiency and mild manners, set about the task immediately. While he held meetings with sevayats and other stakeholders, he also succeeded in convincing the citizens of Puri that they should watch the Rath Yatra proceedings on their TV sets within the confines of their homes. Security in the town was tight and even people residing in houses along the Grand Road on which the chariots roll were not allowed to watch the Yatra from their balconies or rooftops.

But thanks to the persuasive skills of Kumar, everyone cooperated. The best thing about him is that his relations with all the stakeholders have been extremely cordial. Sevayats, too, respect him because he takes care to address their concerns immediately. Their welfare has been one of his top priorities.

While the successful conduct of the Rath Yatra was a major achievement, this dynamic bureaucrat has also been paying attention to other aspects of the maintenance and development of the Temple. During the Rath Yatra, he coordinated with the Archaeological Survey of India (ASI) in carrying out the laser scanning of some parts of the Temple.

The 2002-batch IAS officer is also an extremely compassionate human being. He was in news a few months ago for saving the life of an accident victim on the Bhubaneswar-Puri national highway. The victim, who had sustained injuries and was desperately looking for help near the Central Institute of Freshwater Aquaculture (CIFA) campus in Kausalyaganga area on the outskirts of Bhubaneswar, found no one as it was lockdown time. Kumar, who happened to be passing by, immediately came to his rescue.

He stopped his vehicle and arranged a car for the injured man to be shifted to the Capital Hospital in Bhubaneswar. Kumar’s Good Samaritan act saved the man’s life. Odisha is blessed to have officers like him.