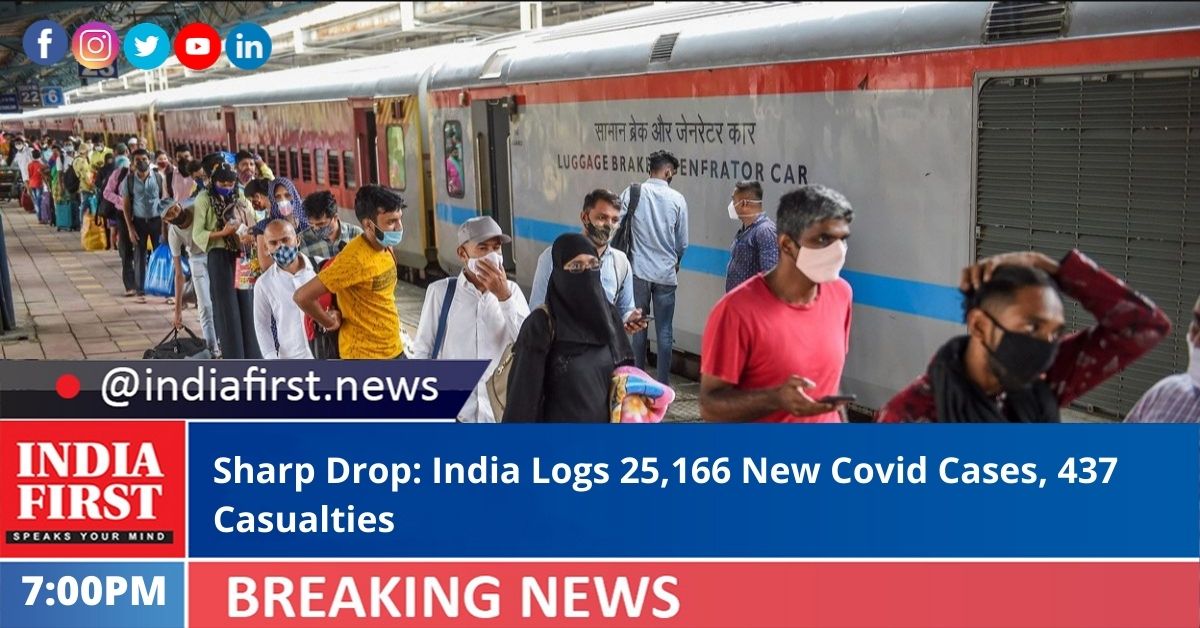 India today registered a major fall in the daily Covid-19 cases as fresh infections reported in the last 24 hours came down to 25,166. The last time there were cases close to this number was last year December 22, when around 24,000 cases were reported.

Although we have seen as low as 10,500 cases in February this year, before the devastating second wave kicked in, the figure released by the government today is the lowest recorded in 154 days.

A total of 437 deaths were reported in the past 24 hours pushing the toll to 4,32,079, according to the Covid bulletin released by the Ministry of Health and Family Welfare.

India’s recovery rate from the Covid infection currently stands at 97.51 per cent, the highest since March 2020. As several other countries in the West, South-East and the Middle East again see surge in cases, there are talks to begin testing below the 19-year-age group.

The health ministry data mentioned that a total 36,830 patients were discharged from the hospitals and health centres in the last 24 hours, taking the total number of cured to 3,14,48,754 to the date in India.

Meanwhile, India achieved the highest-ever single-day vaccination mark with the administration of more than 88.13 lakh vaccine doses in the last 24 hours. This is the highest ever vaccination achieved in a single day since the start of the vaccination drive. At least three of the variants are currently active in India, of the nearly 20 active worldwide.