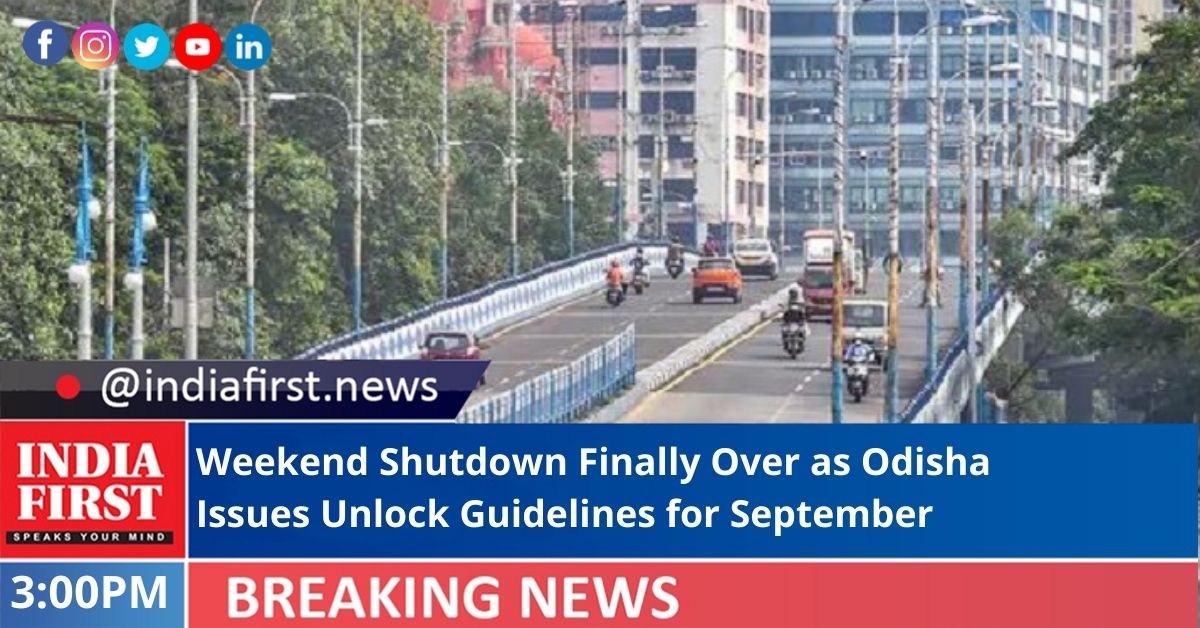 With improvement in the Covid-19 situation in the state, the Odisha government has lifted the weekend shutdown that was imposed in Bhubaneswar, Cuttack and Puri.

Special Relief Commissioner (SRC) P.K. Jena announced the unlock guidelines yesterday, which will remain in effect from September 1 to October 1.

In view of the drop in daily Covid cases, the state government has decided to relax the restrictions to support the livelihoods of people. Now, there will be no weekend shutdown in any place of the State, he said.

However, the night curfew will continue in all the urban areas across the state from 10 pm to 5 am every day, Jena said.

During the night curfew time, all emergency services will continue to operate and home delivery of food has also been allowed during the curfew time, the SRC said.

The organiser will have to take prior approval from the competent authority. If anyone violates the restrictions, strong action will be taken against the violator, the official said.

Jena said that all restrictions imposed by the state government to conduct puja and festivals will remain in force. Besides, curbs on social, religious and political gatherings will continue in the state.

As per the unlock order issued for the month of September, auditoriums/assembly halls/ similar facilities will remain open only for official meetings as per the seating capacity, adhering to the Covid safety protocols. No social, religious, cultural or political gatherings and meetings will be allowed in such facilities.

During the night curfew, movement of private vehicles, auto rickshaws, cab aggregators such as Ola, Uber etc. have also been allowed for dropping and picking up passengers to and from airports, railway stations and bus stands.

Spitting in public place will be punishable with fine, as prescribed in accordance with the law. Consumption of liquor, paan, gutka, tobacco, and similar products in public places is strictly prohibited.

If required, the concerned district collector, twin city police commissioner and municipal commissioners can impose additional restrictions in their respective areas, as per the order.