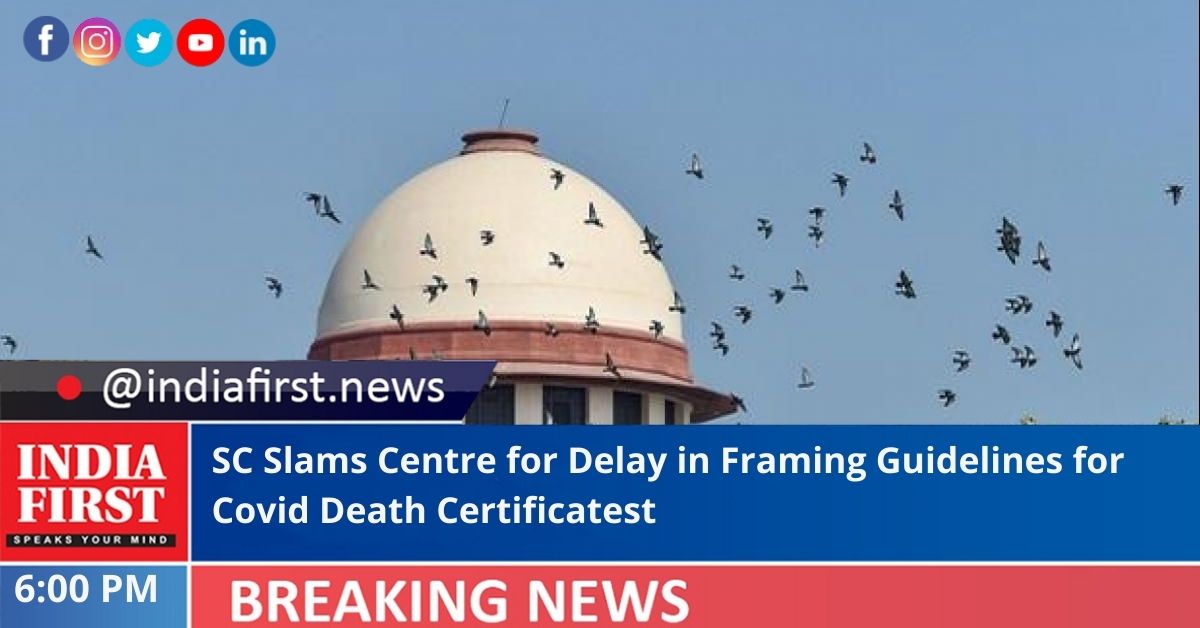 The Supreme Court has expressed discontent at the delay by Centre in simplifying the process for issuance of death certificates for people who succumbed to Covid-19.

A bench comprising Justices M.R. Shah and Aniruddha Bose directed the Centre to show compliance by September 11 to the directions issued by the top court on June 30, to frame guidelines to simplify the process of issuance of death certificates.

The bench remarked, “We passed the order a long time back. We have already extended the time once. By the time you frame the guidelines, the third wave will also be over.”

Solicitor General Tushar Mehta, representing the Centre, assured the top court that the matter was already under process, and soon it would be finalised. Mehta sought for additional time to file the affidavit.

Advocate Gaurav Kumar Bansal, the petitioner-in-person in the matter, contended before the bench that the Centre should respect the court order.

After hearing arguments, the top court adjourned the matter, and directed the Centre to file the compliance affidavit on or before September 11.

During a hearing on the matter in August, the top court had sought a compliance affidavit with regard to the directions for guidelines on Covid death certificates by September 3.

On June 30, the top court had directed appropriate authority to issue simplified guidelines for issuance of death certificates/official documents stating the exact cause of death, “death due to Covid-19”, to the family members of the deceased.

The top court’s order came on PILs which were filed by advocates Gaurav Kumar Bansal and Reepak Kansal seeking court’s intervention for payment of Rs 4 lakh ex-gratia amount to the Covid victims’ families.