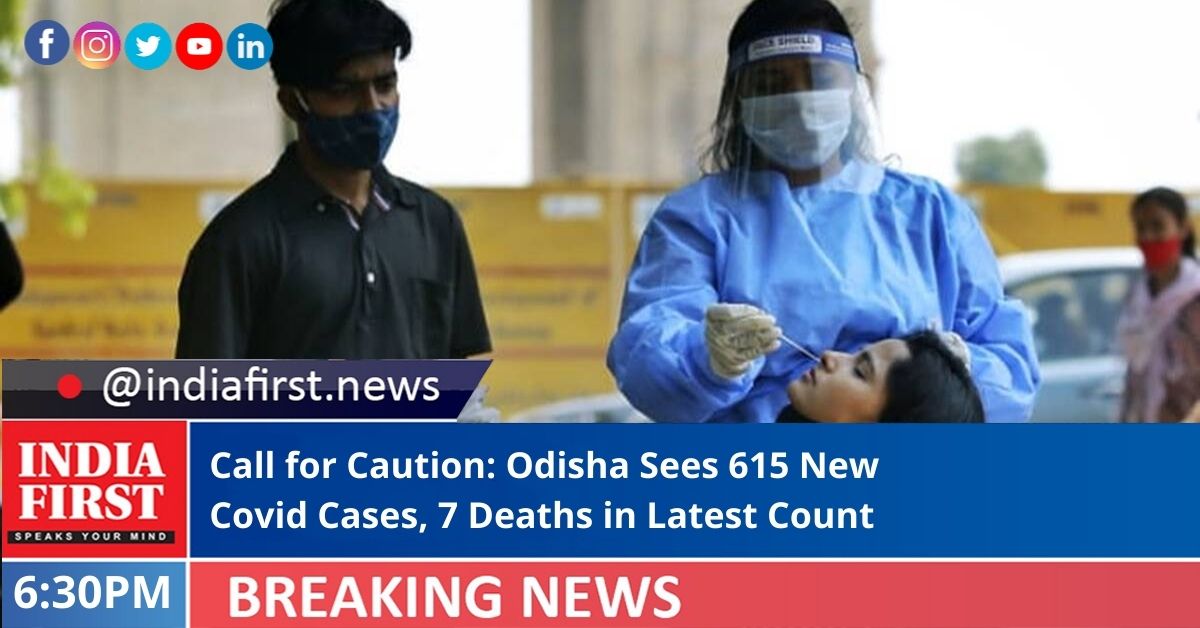 Odisha today recorded 615 fresh coronavirus infections and seven deaths in the past 24 hours.

The state had reported 447 cases on October 1, which increased to 453 on October 5 and crossed 600 on October 10, according to the State Covid-19 dashboard.

Of the fresh cases, 68 were in age group of 0-18 years. As many as 357 cases were detected in quarantine centres and 258 local contacts.

Out of the fresh cases detected in 22 districts, highest 323 infections were found in Khordha district, followed by Cuttack (72) and Mayurbhanj (28). Khordha district has been put in the red zone in view of detection of a high number of cases, a health department official said.

Expressing concern over the slight rise in Covid-19 positive cases, director of medical education and training (DMET) CBK Mohanty said Bhubaneswar and Cuttack city are witnessing a higher number of cases as people from other districts are visiting the cities in view of the festive season.

“The daily infection count of Odisha is hovering in between 400 to 600. We are putting the districts in the red zone considering the active cases and test positivity rate (TPR). So far, Khordha district has been included under the red zone,” Mohanty said.

He appealed to the people to follow Covid-appropriate behaviour and exercise caution.

Meanwhile, the State has also reported seven fresh Covid-19 death cases taking the toll to 8268. Cuttack and Khordha districts reported two death cases each while Jagatsinghpur, Jajpur and Sundergarh reported one death case each.A The death cases were confirmed as deaths due to Covid-19, after the due completion of the death audit process, the health department said.