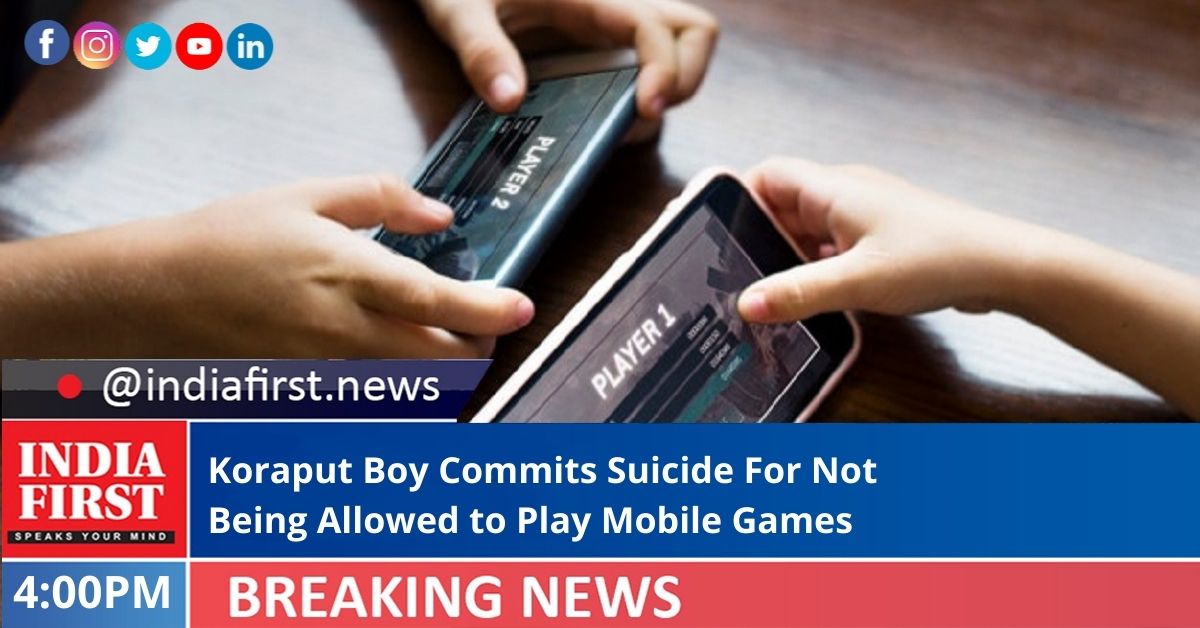 In a shocking incident, a 13-year-old boy in Odisha’s Koraput district allegedly committed suicide after his parents stopped him from playing games on his mobile phone, the police said.

According to the police, the boy was studying in Class 8 at a private school. In view of the Covid-19 pandemic, he was attending online classes on mobile phone.

His parents had found him playing games on his mobile phone during online classes. Although his parents had tried their best to dissuade him, he ignored them, said Dhiren Patnaik, IIC, Koraput town police station.

On October 12, when his parents snatched the mobile phone from him, the enraged boy locked himself inside a room. He was later found hanging from the ceiling fan with a saree, Patnaik said.

He was immediately rushed to the hospital, where the doctors pronounced him dead.

“We have registered an unnatural death case and sent the body for postmortem. We are waiting for the report,” Patnaik added.