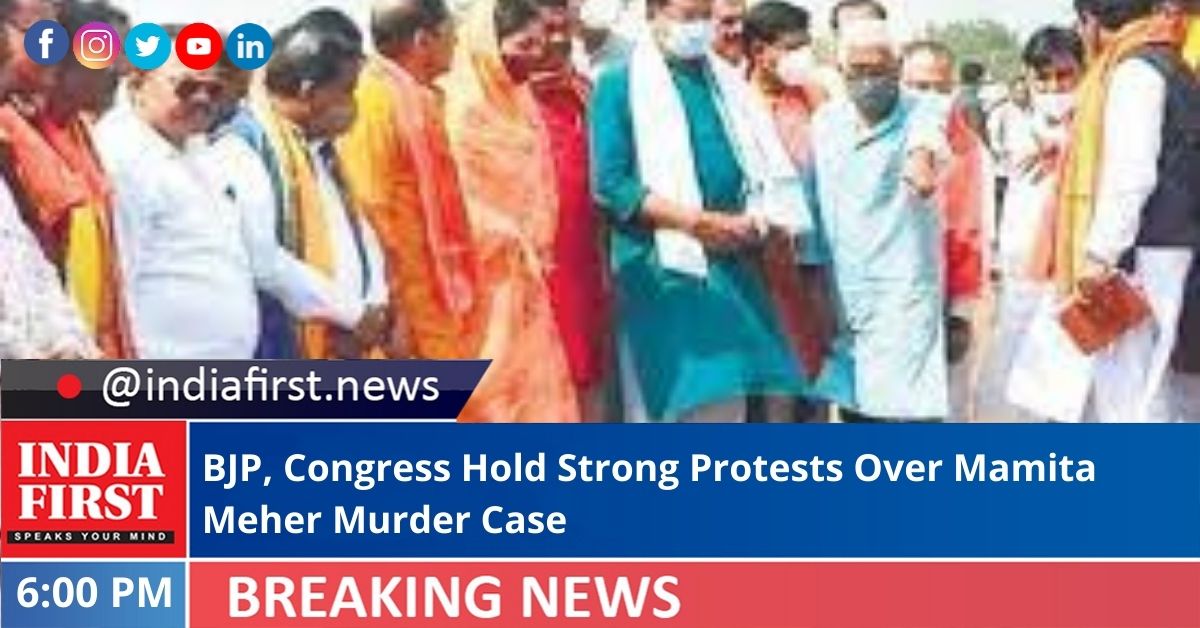 Intensifying their agitations over murder of lady teacher Mamita Meher, opposition parties in Odisha – BJP and Congress – yesterday held demonstrations at various places in the state.

Both the parties are demanding removal of Minister of State (MoS) Dibya Shankar Mishra for his alleged involvement in the murder case. The BJP observed a 12-hour bandh in Sambalpur while Congress held demonstrations in Bhubaneswar and Cuttack.

The BJP demanded a compensation of Rs 50 lakh to the family of the deceased. The BJP had already observed Kalahandi bandh and Bolangir bandh over the issue.

“This murder case is the most heinous crime of this decade. Such a case has not been reported in any place of the country,” Mohanty said.

Senior BJP leader and former DGP Prakash Mishra raised questions on the police investigation in the case. “It’s all a cycle of conspiracy. Why was the prime accused Gobinda Sahu brought to Titlagarh barracks and how did he manage to flee from police custody? Not only Gobinda but the big fish should also be caught,” said Mishra.

On the other hand, hundreds of Chhatra Congress activists marched to Naveen Nivas (the residence of chief minister Naveen Patnaik) and had scuffles with the police.

During the face-off, the activists broke the barricades and hurled tomatoes and eggs at the on-duty cops. Later, the cops overpowered them and detained them to avert any unpleasant situation.

The Commissionerate of Police took over 100 activists of the Chhatra Congress into custody while they tried to break the police barricade.

President Yasir Nawaz alleged that many Chhatra Congress supporters were injured in the police action.

Similarly, Youth Congress members led by MLA Mohammed Moquim gathered at the DGP office in Cuttack demanding dismissal of the minister. The protesters also gave the state government an ultimatum of 72 hours to take action against Mishra.