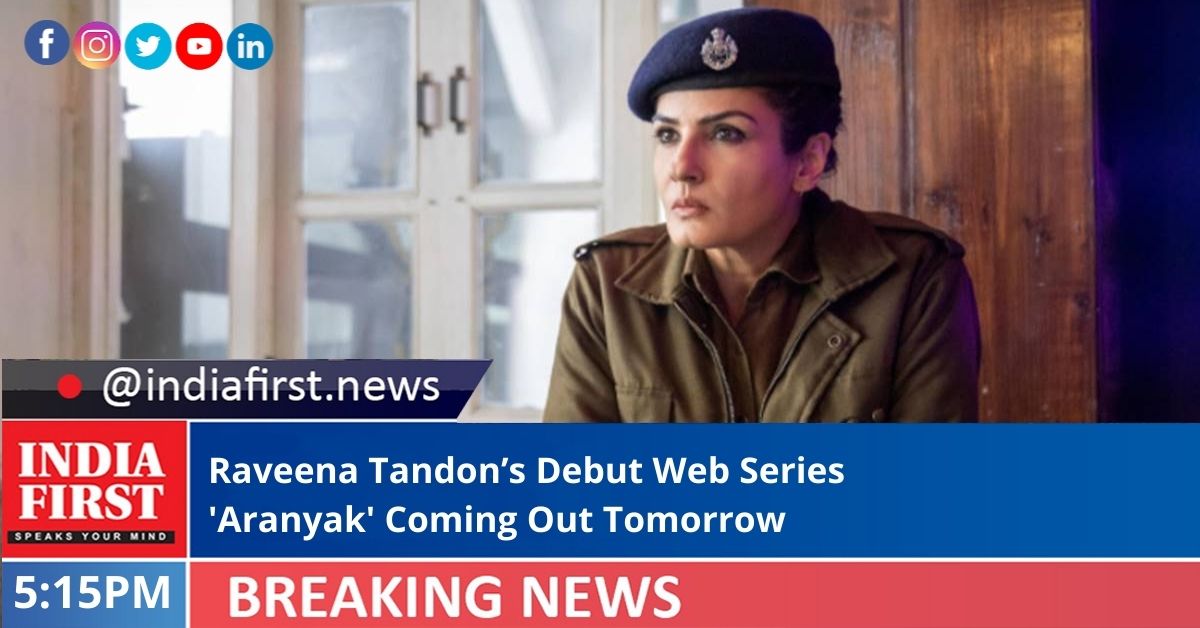 Bollywood actress Raveena Tandon is all geared up to play a cop in the upcoming web series ‘Aranyak’ which also marks her OTT debut and it releases on December 10 on Netflix.

Set in a forest, the story of ‘Aranyak’ is a dark and gritty tale in the midst of an eerie jungle and a mysterious town.

The teaser of the show released today.

Produced by Roy Kapur Films and Ramesh Sippy Entertainment, ‘Aranyak’ is helmed by Rohan Sippy as the showrunner and is directed by Vinay Waikul.