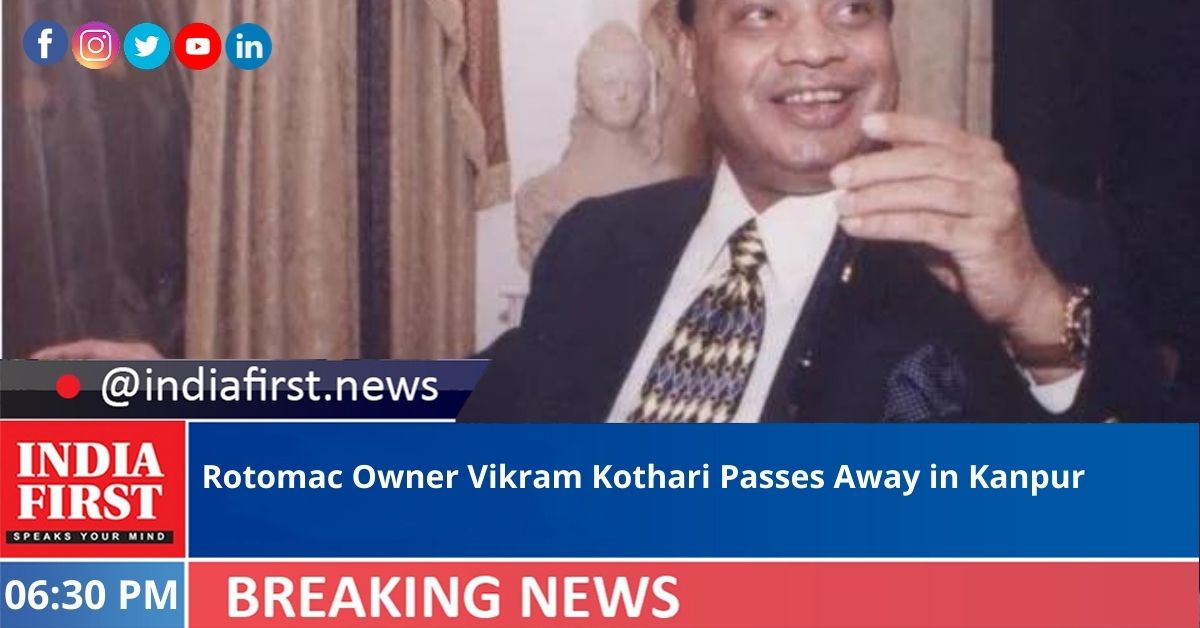 Kothari, who was one of the big businessmen who had launched Pan Masala and Rotomac Pen, breathed his last at his residence in Tilak Nagar in the city.

The servants in the house first reported his death to the wife Sadhana and son Rahul who were in Lucknow. In the morning, the servants found him unconscious and called the doctor who declared him dead, probably due to cardiac arrest.

Kothari, who owns the Dum Pan Masala, had started another company by launching Rotomac Pen in 1995.

He was initially involved in the business of import-export and parted ways with Pan Parag in 1999 after family split. In the year 1997, he was awarded as the best exporter by the Prime Minister. His Rotomac company’s worth in next 10 years (1995-2005) rose to Rs 100 crore.

There was a wave of mourning in the industry after the news of his death.