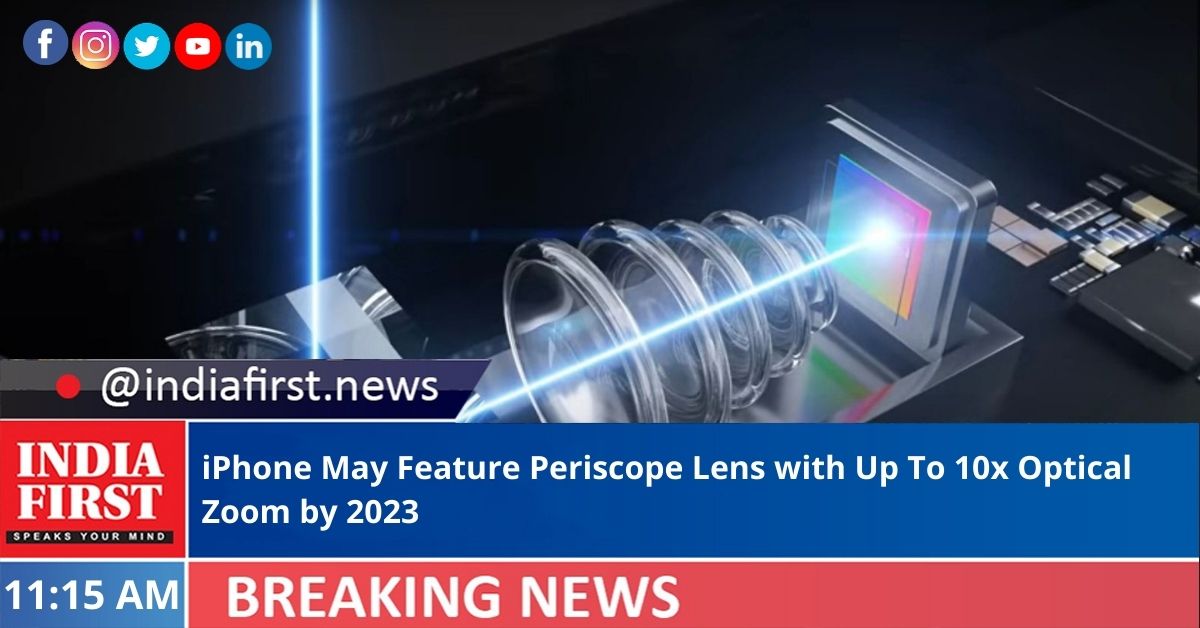 Apple is reportedly planning to launch at least one iPhone 15 model in 2023 with a periscope camera system, allowing for increased optical zoom.

As per a recent MacRumors report, analyst Jeff Pu said the periscope lens on select iPhone 15 series models will feature 10x zooming capabilities, far better than the 3x zoom of the iPhone 13.

There are already some Android smartphones with periscope lenses, including Samsung’s Galaxy S21 Ultra and Huawei’s P40 Pro+. Both of those devices feature up to 10x optical zoom.

Meanwhile, Apple is planning to add a 48MP camera lens to the iPhone next year.

According to analyst Ming-Chi Kuo, these iPhone camera upgrades over the next two years will help to boost Taiwanese manufacturer Largan Precision’s market share, revenue, and profit.

Kuo previously claimed that the 48-megapixel camera will be limited to iPhone 14 Pro models and allow for 8K video recording, up from 4K currently.

8K videos would be suitable for viewing on Apple’s AR/VR headset that may launch next year.

The next flagship series, the iPhone 14 line-up, will come with up to 2 TB of storage.

Apple will adopt QLC flash storage for next year’s iPhone and that thanks to the newer storage technology, it will increase capacity to 2 TB.

Under the hood, the upcoming iPhone is expected to run on iOS 16 and pack a 3,815mAh battery with fast-charging support.