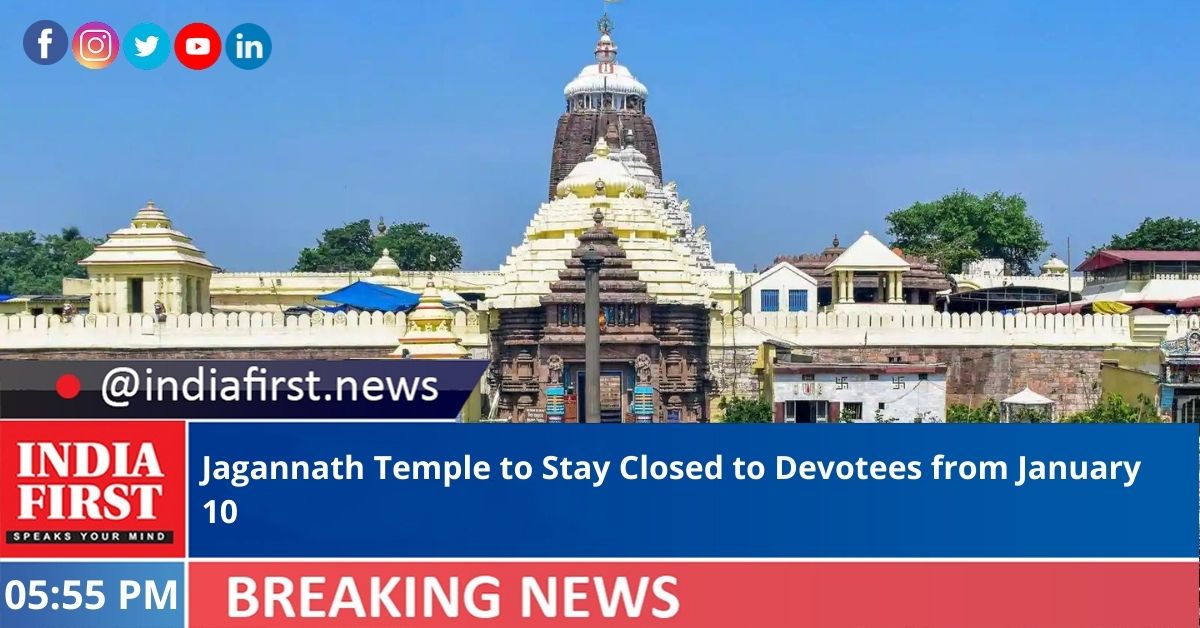 With the steep rise in Covid-19 cases in Odisha, the Jagannath temple in Puri will remain closed for devotees from January 10 (Monday) to January 31, it has been decided.

This decision was taken at the Chatisa Nijog meeting held virtually under the chairmanship of Shree Jagannath Temple Administration (SJTA) chief administrator Krishan Kumar this evening.

After taking opinions from all stakeholders, it was decided to close down the temple for the devotees as thousands of the people from various states including hotspots are coming to the temple, Puri Collector Samarth Verma said.

However, the daily rituals at the temple will be continued as per tradition by the servitors, he said.

This decision was taken by the Chatisa Nijog after some servitors and temple administration staff have tested Covid positive in past few days, sources said.

The temple will effectively remain open for only on Saturday as on Sunday it remains closed for sanitisation of its premises.